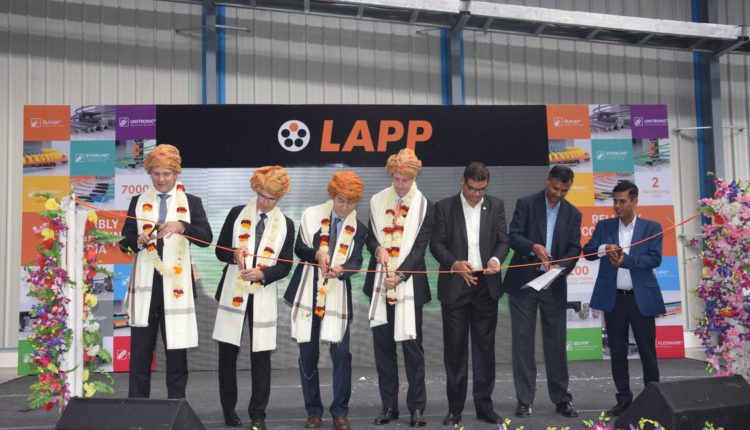 LAPP, a leading supplier of integrated solutions and branded products in the field of cable and connection technology for global industries,today announced their investment of INR 220million in their manufacturing facilityin Pilukhedi, Bhopal. The investment aims to strengthen LAPP’s foothold in India towards its vision of INR 10 billion by 2020.

LAPP’s Bhopal manufacturing facility was established in the year 2012 and with an initial investment of INR 450million which now grows to a total of INR 810million.Currently, the facilityis spread across 60,000 Sq. Ft.with the capacity to produce 216,000 kms of single core wires catering to the fast-expanding Building and Panel Builders sector as well as 36,000 kms of multicore cables. With this investment, the facility has been expanded by an additional 30,000Sq. ft. The company has installed new state-of-the-art, high-end machineries like Rosendahl Insulation line and Tubular Stranding Line for doubling its production capacity. These additions will help serve the OEMs, Automation, Machine Tools, Panel Builders, and Residential and Commercial building markets. LAPP India has procured braiding machines to support the growing demand for shielded multicore cables and data communication cablesfor the process industries such as Food &Beverage.

The extended facility was inaugurated in the presence of Mr. Georg Stawowy, Chief Technology Officer and Member of the Board of Directors, LAPP Holding AG, Dr. Hilmar Doering, Chief Human Resource Officer and Member of Supervisory Board, and Mr. Hyungeon Park, Chief Technology Officer, Lapp Asia Pacific. The event was also graced by LAPP’s channel partners and the customers.

“Bhopal plant is the most productive factory of LAPP.This year investment will not onlydouble de facto Bhopal’s production capacity in power and control cables under our ÖLFLEX® brand, but also allow LAPP to expand in the growing market of communication cables with the production of our UNITRONIC® brandandmeet the demands of our rapidly growing and evolving customers,” said Mr. Gorge Stowowyat the event. 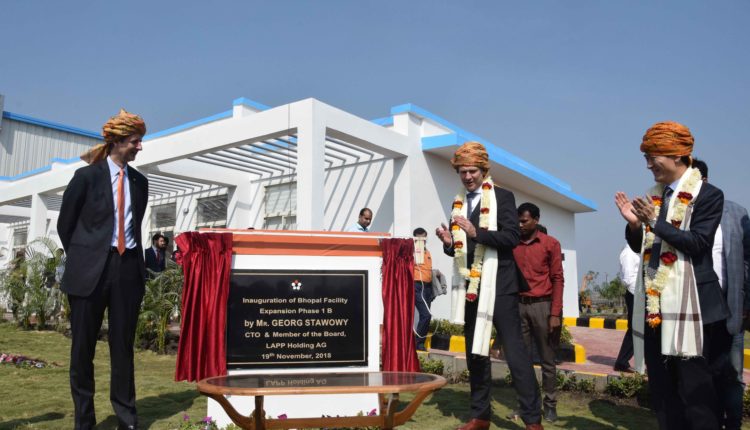 The facility will now have an extended warehouse capacity and will serve as a mother warehouse to deliver products to customers located across India.

“Our Bhopal plant is a major contributor to our growth in India. Due to its geographical advantage, it helps us deliver the products faster across India and fully contribute to thedelightfulpurchase experience of our customers,” says Mr. Marc Jarrault, Managing Director, LAPP India Pvt. Ltd.

LAPP marks the 20thanniversary of its manufacturing presence in India in 2018. Being the first multinational in the field of cable and connection technology to establish operations in India, LAPP India is the second largest company of the LAPP Group outside Germany.