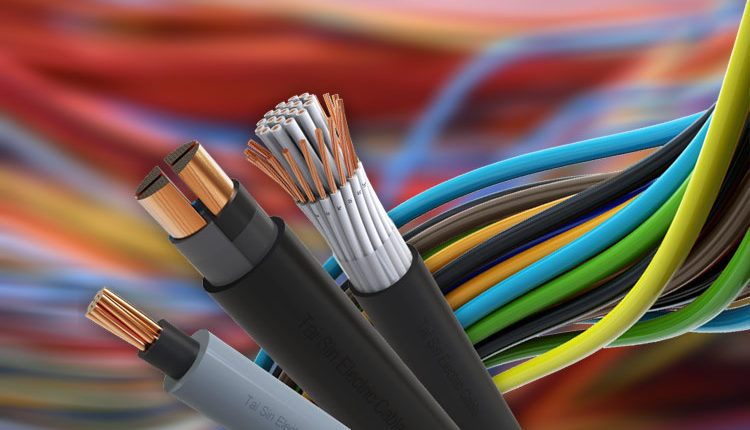 According to the general description, wire is a piece of metal that is used to carry electric current, while on the other hand, cable contain number of wires inside a plastic or rubber casing which is used to carry electric signals. Copper, aluminium, plastics and alloys are the materials which are used to make these wires and cables. They are extensively used in industries like defence and gas, oil, automotive, etc. Of late, due to an increase in residences and houses in the developing countries, there is a significant rise in the use of the wires and cables. The infrastructure sectors in India, China and West Asia have proved to be major growth drivers during the last few years.

In India, the wire and cable market comprises nearly 40 per cent of the electrical industry. It is growing at a CAGR of 15 per cent thanks to the growth of the power and infrastructure sectors in the country. Moreover, global investors now consider India as a potential market for high voltage (HV) and extra high voltage (EHV) cables.

The international wire and cable market is extremely fragmented and the major players in the sector have used myriad strategies including new product launches, expansions, agreements, joint ventures, partnerships, acquisitions, etc. to widen their presence in this market.

Incidentally, the fibre-based network is the building block for futuristic technologies such as 5G, and India has the potential to become the fibre capital of the world with the launching of the PLI, they said.

For the past couple of years, the manufacturers of optic-fibre cable (OFC) have been demanded that they be included on the list of segments that would receive benefits under the Central Government’s production-linked incentive (PLI) scheme for telecom equipment manufacturing.

A few days prior to the presentation of the Union Budget, the Cabinet approved a Rs 12,195 crore PLI scheme for the telecom sector including localised production of core transmission equipment as well as access and customer premise products, routers and switches. The government aims to draw large overseas investments to help domestic companies seize the emerging opportunities and become dominant players in the export market.

For quite a long time, the scope of OFC production has been overlooked by the Central government and the industry was hoping for a course correction in this budget, Telecom Equipment Manufacturers Association chairman NK Goyal said.

Meanwhile, there are complaints from the manufacturers of steel wire, who belong to the labour-intensive small and medium enterprises sector. They are suffering from an acute raw material shortage that may lead to the closure of several units, said a senior industry body official. Almost around 100 factory units in the organised sector that offer employment to about half a million workers in the country are already operating below 50 per cent of their rated capacity, and if the crisis persists, then many will have to shut down, the official added

During the lead-up to the Union Budget, the manufacturers had sought government help to ensure raw material supply, and a window for imports of specialised items that are not produced in the country. It is yet to be seen whether the finance ministry has provided any relief in this regard.

According to the Steel Wire Manufacturers Association secretary-general Tirthankar Banerjee, “the industry is facing an acute shortage of high-grade wire rods, the main raw material for wire production, which has myriad application in nation-building.”.

Banerjee went on to say that the poor supply of high-grade wire rods is 50 per cent of the production problem which is in turn due to inadequate supply and import restrictions.

The wires and cables sector is a direct beneficiary of development of power generation and distribution infrastructure, as the market comprises nearly 40 per cent of the electrical industry in India. According to a CRISIL report, in volume terms, the domestic wires and cables industry registered a CAGR of 22 per cent CAGR over the last five fiscals to reach about 17 million km in FY 2018-19. The report expects the industry to reach a volume of about 27 million km by FY 2023-24 with a CAGR of 10 per cent.

Incidentally, growth in the industry is fundamentally driven by the recent developmental push in power and infrastructure segments, through government policies. The renewable energy push and government projects for electrification, housing development and smart cities have proved to be additional incentives.

The wires and cables industry consists of a large number of small and medium manufacturers and a few large and branded players with both domestic and export capabilities. Share of the organised players in the market is constantly growing and is expected to touch 79 per cent by FY 2023-24 from 68 per cent in FY 2018-19. Implementation of GST, improved efficiency and a balanced cost structure are some factors contributing to the growth of organised sector in India. Moreover, rising middle class incomes and greater customer involvement in electrical purchase and preference for quality and brands are also driving the growth of organised players in the retail wires and cables market.

Talking about the state of the wire and cables market, Mr Deepak Chhabria, chairman of Finolex Cables stated that its staple electrical cables, which is dominated by house wiring, chip in with 60 per cent of the revenue, 20 per cent is contributed by agri and automobile wires and another eight per cent comes from power cables and around 12 per cent comes from telecom cables.

He further elaborated that in spite of the lockdown, the company has not scaled down or slowed the Rs 200-crore capex plan which is underway in the Urse plant near Pune where the company will make radiation technology-based solar cables, auto wires for the engines, instrumentation cables using thin copper wires and telecom fibres for residential use as the lockdown lingers on.

Chhabria, however, said that the worst performer among his bouquet of products was the telecom cables business, revenue from which plunged over 36 per cent in the first half, but since the Q2 there seems to be a demand revival from the sector but a new category– optical fibres for residential use as the lockdown lingers on. The copper stranded wire market is expected to register a CAGR of over one per cent during the forecast period. The primary factors driving the market are the increasing energy requirement and developments of products with more flexible and functional applications.

According to various studies, Asia-Pacific is likely to dominate the global market in the near future. More and more usage in infrastructure, telecommunications, energy, etc., activities in emerging economies is likely to act as opportunities in the future.

A recent study by the Institution of Civil Engineers (ICE), the global construction industry is expected to reach $ 8 trillion by 2030, primarily driven by China, India, and the United States.

Trends say that globally, Asia-Pacific has the largest construction market which is led by India, China, and some South-east Asian countries. The Indian government initiative of launching projects such as 100 smart cities and ‘Housing for All by 2022’ are also expected to immensely drive the residential construction market in the country. India has also evinced significant interest from foreign investors in its infrastructural sector.

Increasing investment into construction of infrastructure in West Asia and Africa is expected to boost the demand for copper stranded wires.

In all likelihood, China will be a dominant player drive the demand for the copper stranded wire market in the Asia-Pacific region during the next five years as China has been the leading investor in infrastructure, worldwide, over the past few years.

According to market reports, China also invested around USD 274 billion on 3,485 infrastructure projects across the world. The growth in investment in infrastructure should boost the demand for copper stranded wire in the days to come.

On a positive note, it has been reported that the automotive industry of China is also witnessing growth, which is expected to drive the demand for copper stranded wire.

Speaking about revival of the wire and cables market, electrical goods maker Havells India Ltd reported its best ever quarter after pent up demand lifted the company’s sales and profits to unprecedented levels in October-December 2020.

The company’s third-quarter revenue jumped nearly 40 per cent year-on-year, breaking the Rs 3,000 Cr mark for the first time in its history.