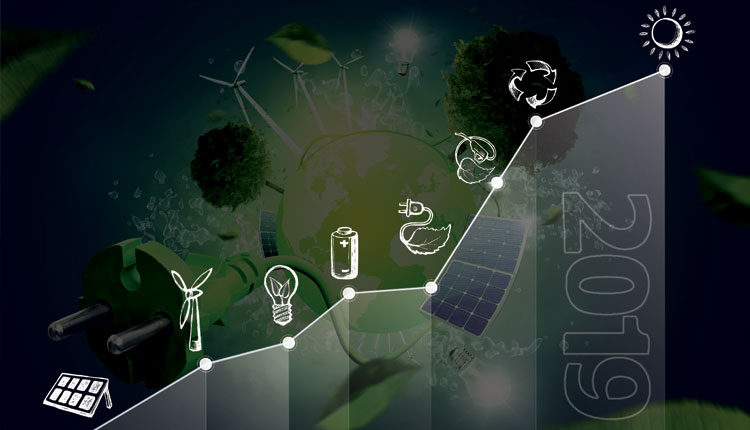 The biggest contemporary problem this world is facing is that of fresh energy source. To be specific the world faces two key energy challenges which are to meet the rising energy demand adequately as well as at the same time, ensure as much of that demand is met through low-carbon energy sources to avoid further damage to our climate. Fossil fuels are rapidly diminishing from earth and it has become all the more imperative to come up with alternative energy sources.

The United Nations’ (UN) Seventh Sustainable Development Goal, states that to ensure access to affordable, reliable, sustainable and modern energy, and adds that energy is central to nearly every major challenge and opportunity the world faces today.

Admittedly, some of the most significant developments have come from Asia. At present, Asian countries are tremendously dependent on fossil fuels to support their rapidly growing populations’ energy demand, but they are working towards reducing that dependency. Renewable energy will not only reduce fuel imports and help protect the economy from costly imports of coal, oil and gas but will also help the nations in the region to address serious social and economic development issues, such as dangerous levels of urban pollution. 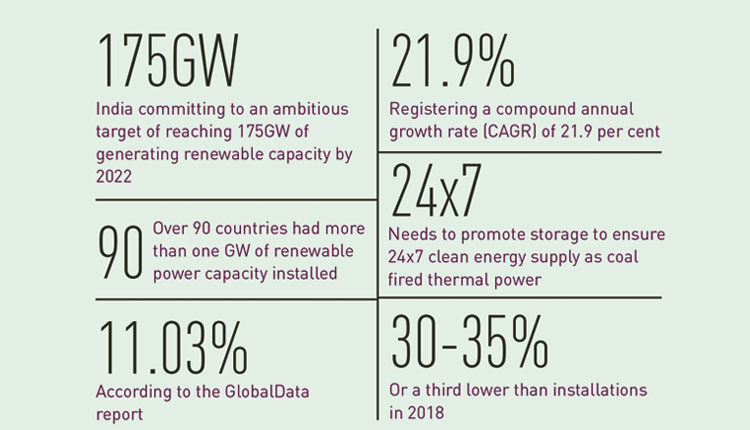 The current year i.e. 2019 has been an exciting year for clean technology. An increasing number of countries, companies and regions were already embracing sustainable energy generation and the energy landscape is undergoing kaleidoscopic changes.

China and India have made renewable energy a national priority, exemplified with China investing more than $88.5 billion – twice that of the United States – in new capacity last year, and with India committing to an ambitious target of reaching 175GW of generating renewable capacity by 2022.

Solar energy expert and LIF alumnus Himmat Singh of Photom Technologies said: “Through public and private sector innovation, the Indian Government’s solar capacity targets are looking increasingly achievable. In 2010 we had just 500 MW of national solar capacity, but by the end of 2018, we had surpassed 30,000 MW.

A report by Global Data entitled ‘France Power Market Outlook to 2030, Update 2019 – Market Trends, Regulations, and Competitive Landscape’ reveals that non-hydro renewable power is expected to show the highest growth rate between 2019 and 2030, registering a compound annual growth rate (CAGR) of 21.9 per cent, wind being the highest contributor in the renewable energy mix followed by small hydro, bio-power, solar PV and others.

Around 100 giga watts (GW) of new solar PV capacity was installed in 2018, enough to meet more than 25 per cent of electricity demand in France. Hydropower remains the main contributor to the renewable electricity sector and has grown consistently for many years, having played a crucial role in the power sector for longer than any other renewable energy technology. Bio-power, geothermal power and concentrating solar thermal power (CSP) also are contributing to growth but to a lesser degree.

Installed non-hydro renewable capacity in France is expected to reach 25.3 GW by 2030 (from 8 GW in 2018) at a compound annual growth rate (CAGR) of 11.03 per cent, according to the GlobalData report.

Recently, Power and New and Renewable Energy Minister R K Singh announced that India was set to cross the 100-GW renewable energy capacity mark in 2020 and can make rapid strides towards the ambitious 175 GW clean energy target by 2022 provided the government keeps a close eye on key issues and deals with those well in time. The government, however, needs to promote storage to ensure 24×7 clean energy supply as coal fired thermal power still remains the base load in the country.

A new report has revealed that India was the second-largest growth market for corporate renewable Power Purchase Agreements (PPAs) after the US in 2018, with an addition of 1.6 GW of capacity (Bloomberg NEF, 2019). However, despite retaining the second place, estimates suggest that annual corporate PPA renewable additions in the country in 2019 will be about 30-35 per cent or a third lower than installations in 2018, due to changes to policy and regulation at the state level.

The report further states that several key market trends have positively contributed to the growth over the past six months, including:

Over the past six months, the Indian government has withdrawn several exemptions for open access charges and banking provisions. While some of these changes may negatively impact financial viability for new installations in affected states, these changes do bring open-access renewable power up to par with regulations for traditional sources.

This move will also remove uncertainty arising from short-term support mechanisms, thereby making cash-flow projections for renewable contracts more predictable and stable. Additionally, the increased viability of solar projects due to continued cost reductions should help counteract part of the negative impact of these policy and regulatory changes.

However, for 2020, the report goes on to forecast a bounce-back in capacity additions in India. The country has a development pipeline of almost two GW for corporate renewable PPAs, with a significant proportion expected to be installed in the next financial year.

Article by —
Arijit Nag, is a freelance journalist who writes on various aspects of the economy and current affairs.
Read article of Arijit Nag

FPT Industrial : A Stand Full Of Stars At CES 2020