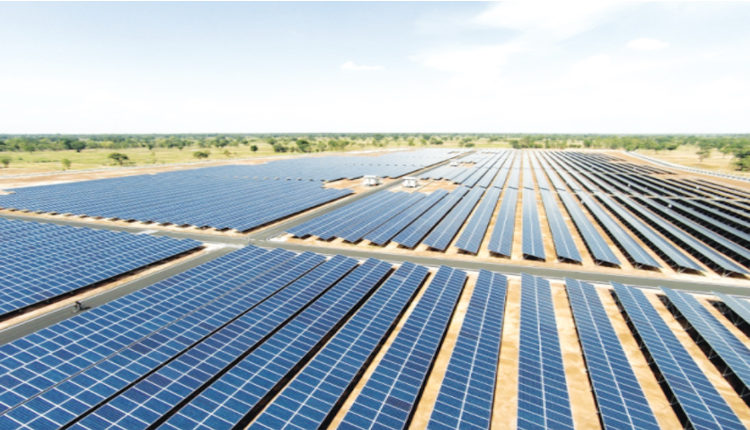 The mining magnate and philanthropist Andrew “Twiggy” Forrest has joined fellow billionaire Mike Cannon-Brookes in raising tens of millions of dollars to build a giant solar farm in the Northern Territory to supply electricity to Singapore.

The company behind the project, Sun Cable, said Forrest’s Squadron Energy and Grok Ventures, the investment firm of Cannon-Brookes and his wife, Annie, had become co-lead investors in the $20bn-plus development.

David Griffin, Sun Cable’s chief executive, said the company had raised “less than $50m, but in the tens of millions” in an oversubscribed capital raising that would fund development work for what it calls the Australia-Singapore Power Link.

If successful, the development would include a 10-gigawatt-capacity array of panels spread across 15,000 hectares near Tennant Creek, backed by about 22 gigawatt-hours in battery storage.

Some of the electricity generated would be consumed in Darwin, but the bulk would be exported to Singapore via a 4,500km high-voltage direct-current transmission network, including a 3,800km submarine cable running through Indonesian waters. The developers claim it could provide one-fifth of the island city-state’s power needs.

Griffin said the company aimed to reach financial close by late 2023 and have the development complete in 2027. He said it still had “a very long way to go”, but winning the backing of Forrest and Cannon-Brookes was significant.

“For this type of venture, where there’s a great deal of complexity, this sort of capital raising with that calibre of investor is really critical,” Griffin said. “Mike and Andrew have successfully endured the process of building very large-scale outcomes from scratch. I look forward to Sun Cable achieving a similar outcome and therefore hastening the global energy transition.”

In an emailed statement, Forrest said Australia had the potential to be at the “centre of our region’s transition to clean energy”.

“This presents the Australian economy with enormous opportunities, not just for reducing emissions, but also for the economic march of our nation and global competitiveness,” he said.

Speaking at Atlassian’s Sydney office on Wednesday night, Cannon-Brookes said: “In a carbon-constrained world, Australia should be a superpower.”

He conceded the Sun Cable project was ambitious, but could serve as an exemplar of Australian ingenuity and leadership.

“Each of these elements is pushing the limits … of engineering… but [they’re] not impossible. They should all scale to that level. And the reason we are all involved, Twiggy and others, is to serve as a lighthouse project to Australia and to the world.

“If we nail this, we can build a new export industry for Australia, create jobs and set our economy up for the future.”

The NT plan is being developed alongside a similarly ambitious proposal for the Pilbara, where another group of developers is working on the proposed Asian Renewable Energy Hub, a 15-gigawatt wind and solar hybrid plant to power local industry and develop a green hydrogen manufacturing hub.

Analysts have projected that clean energy exports could be a major growth industry for Australia. In his recent book, Superpower, the economist Ross Garnaut said that if the country embraced low-carbon opportunities it could lead to a clean electricity system more than three times the existing capacity powering a transformed economy that included electric transport and new and expanded industries in minerals smelting.