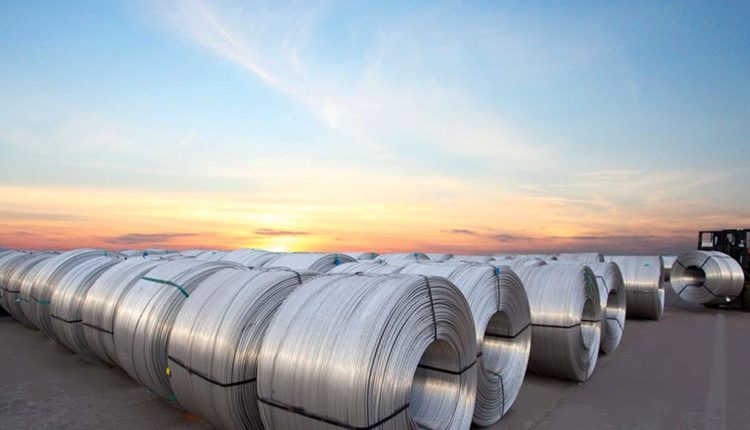 The pressing need for climate action has driven countries to harness renewable energy and make it accessible at scale for sustainable energy security. At India, the RE journey is well underway, with the total installed RE capacity, excluding large hydro, crossing the 100 GW milestone in August 2021. Today, India stands 4th in the world in terms of installed RE capacity – 5th in solar and 4th in wind. (Source: PIB) Not only did the country meet its earlier Paris Climate Meet target of 20 GW solar power by 2020, four years ahead of schedule, it is now pursuing an ambitious target of 450 GW of RE capacity by 2030. India is on track to meet its Nationally Determined Contributions targets for electricity generation from non-fossil fuel sources and emission reductions. There is, however, a long way to go.

For a sun-soaked country like India, Solar Photovoltaics (PV) technology for harnessing solar energy is not only a clear energy option, but it comes with two advantages – module manufacturing can be done in large plants, which allows for economies of scale, and being a very modular technology, it also allows for deployments in very small units at a time. This makes the potential of applications limitless, as solar-powered systems can range from small personal electronics to utility-scale power generation facilities.

Rapidly falling costs have made Solar PV the largest market for new investments. Additionally, under Union Budget 2018-19, zero import duty on components used in making solar panels was announced to give a boost to domestic solar panel manufacturers. Due to immense support from the government, India has ranked 2nd in the ‘Renewable Energy Country Attractive Index 2017’. For India to meet its target, the demand for aluminum for every 10 GW will be 200,000 tonnes.

Indian aluminium producers like Vedanta Aluminium are well-resourced to fast-track the development of Indian solar industry. They can not only supply high-quality aluminium billets and wire rods for creating solar panels, frames and electricity distribution infrastructure, but also have deep R&D capabilities for developing high-end products for solar applications customized to Indian conditions and landscape.

Aluminium is heralded as the green metal of the future. A recent report by McKinsey, on the raw materials essential for generating clean energy, pegs aluminium as a crucial enabler for the ongoing transition to cleaner energy systems.

Special properties like high strength-to-weight ratio, superlative corrosion resistance, high surface reflectivity, excellent electrical and thermal conductivity, as well as 100% recyclability at the end of life, make aluminium suitable for harnessing solar energy. These properties have made aluminium the preferred choice of raw material world-wide, over traditional options like steel.

In fact, aluminium was also the first metal to be used as mirror reflector in Concentrating Solar Power (CSP) technology due to its better reflectivity, light weight, and longevity. In the same way, aluminium has been significantly beneficial in Solar Thermal Collector (STC) technology as well, where it is used in the form of frames and casing, absorbing material as well as anodic layer. Anodized aluminium has special optic properties, which make it a better choice compared to traditional materials.

Aluminium accounts for 85% of most Solar PV components in the form of the frames and mounting structures that hold the PV panels together and support them. Extruded aluminium sections are easy to machine, transport and assemble, requiring less skilled labour and lesser time to erect the structures. This helps engineers make complex, efficient, and cost-effective structures well in advance. Further, being naturally corrosion resistant, structures made with aluminium don’t require high maintenance or additional protective measures to prevent corrosion of the structure. Heat treated aluminium alloys are also capable of withstanding wind speeds of up to 150-170 km/hr easily.

Moreover, aluminium is quick to cool down compared to traditional materials, which is of significant advantage in Solar PV, as increase in temperature of PV cells reduces the efficiency of electricity generation. Yet another advantage, and perhaps the critical other side of the sustainability coin, is aluminium’s ability to be endlessly recycled. Aluminium recycling is cost-effective and requires significantly less energy.
Further, aluminium will find extensive usage in transmission and distribution of the energy generated, as it is the material of choice for energy transmission over long distances. In fact, according to the International Energy Agency, aluminium demand in transmission and distribution is slated to grow to 6.1 million tonnes and 10.3 million tonnes by 2040, from 2020 levels of 4.2 million tonnes and 5 million tonnes.

The Indian Aluminium industry with over 4 MTPA production capacity can easily cater to the domestic demand, thus creating avenues for Indian solar industry to localize their raw material procurement instead of being import reliant. Industry leaders such as Vedanta Aluminium produce a wide array of aluminium products that find applications across diverse industry sectors such as solar, construction, automotive, electrical, steel, etc. Their products are internationally recognized for their quality and have found wide-acceptance in quality-conscious markets such as US and Europe.

Domestic aluminium producers have significantly invested in R&D and innovation to indigenously develop special high-performance alloys for various industries. In fact, Vedanta Aluminium is India’s largest producer and exporter of billets, and the world’s largest producer of wire rods (ex-China). Given their technical prowess and willingness to partner with extruders and downstream manufacturers catering to the solar industry, opportunities for players in the Indian solar industry are immense.

Besides availing raw materials (aluminium) that are at par with global quality standards, they can also access R&D centres of these large producers to co-create customized products or product applications as per requirement. Vedanta Aluminium has proposed the creation of an Aluminium Park near its largest aluminium smelter complex at Jharsuguda, in Odisha, which has the potential to support a vibrant downstream ecosystem catering to multiple industries, solar included.

The world as well as India’s COP26 targets will create deep demand for crucial ‘green’ metals like aluminium, since base metals are the integral component of solar power systems. However, factors such as lack of financing support, unfavorable policy structures, lack of scale and competition from low-priced and sub-par Chinese imports have stunted India’s domestic module manufacturing growth. As per MNRE data, Solar PV Cell production capacity in India is only 2.5 GW/year and Solar PV Modules capacity is around 9-10 GW/year, whereas the annual requirement for the next 10 years is around 10 GW/year. As a result, the Indian solar industry relies heavily on imports of important components which are of sub-par quality, such as solar cells, modules, and solar inverters. This is done on the sidelines of Indian solar manufacturers’ preference for steel over aluminium, despite aluminium’s proven advantage over steel in solar applications.

Of USD 571.65 million worth of solar cells and module imported by India in 2020-21, China alone accounted for USD 494.87 million. This is particularly distressing, since Indian aluminium is BIS-certified and sought-after world over for its quality, whereas Chinese imports have often failed to adhere to our quality standards. And yet, Indian solar industry is yet to capitalize on the many benefits of domestic aluminium and local sourcing.

In a positive move, on the back of 100GW solar capacity addition over the next 2-3 years, the Indian government has confirmed that there will be an anti-dumping duty of 40% w.e.f. 1st April 2022 on imports of solar cells and modules from China to encourage domestic manufacturing of solar PV components in India. Indian manufacturers must capitalize on this opportunity to act in advance and establish resilient supply chains to procure aluminium locally.

In a recent report by Wood Mackenzie, the firm’s base case scenario assumes that by the end of the century, temperatures will have risen by 2.8-3 degrees Celsius from pre-industrial times. Climate action in this regard, will push aluminum demand from the solar power sector from 2.4 million tons in 2020 to 4.6 million tons in 2040. If the global temperature rise was to be kept between 1.5-2 degrees Celsius, however, it would mean that aluminum demand for solar power would reach between 8.5 million tons and 10 million tons a year by 2040, the analysts said. If however, in the most optimistic scenario where renewable energy is exponentially leveraged to cap climate warming at 1.5 degrees Celsius, demand from the solar sector would account for 12.6% of total global aluminum consumption by 2040 — up from 3% in 2020.

Clearly, no matter the scenario, India will need to shift to aluminum for solar power generation at the ambitious scale it is planning. Beyond domestic arena, this also gives India the opportunity to become the global manufacturing hub in aluminium and Solar PV components, thereby making in India for the world.

MRAI’s premier event to highlight the importance of recycling