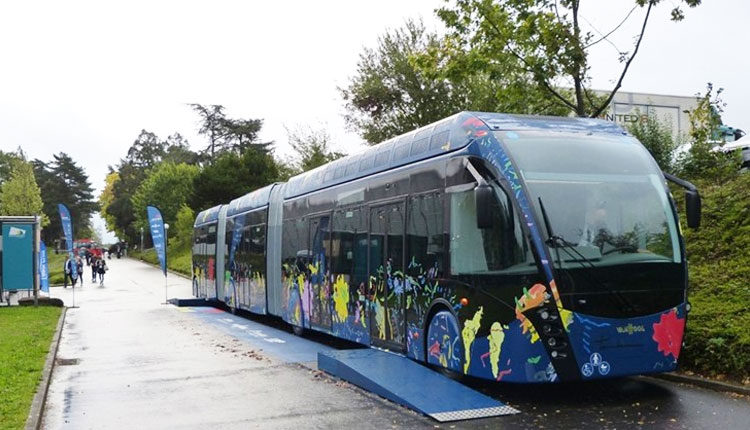 A high-performance natural gas (NG) engine designed and manufactured by FPT Industrial is providing the power behind a new hybrid trambus that has just entered service in France, by Van Hool, a Belgian manufacturer of vehicles for public transport.

The latest Van Hool Exqui.City features the new-generation FPT Industrial Cursor 9 NG engine, delivering maximum power of 221 kW at 2,000 rpm, and torque of 1,300 Nm at 1,000 rpm. The Brand’s six-cylinder engine delivers reliability and an extended product lifecycle to the hybrid trambus, which commenced service in the municipality of Nimes, France, on January 6.

At the heart of the Exqui.City is its multi-propulsion platform, which is designed to accommodate the latest and greenest alternative propulsion technologies. With this flexible platform, Van Hool confirms its experience in integrating new, more efficient and reliable technologies. City characteristics and topography are important factors that influence vehicle motorization. For Nimes, the hybrid NG/electric combination has been deemed the optimum solution.

FPT Industrial Cursor 9 NG engines for Van Hool feature ‘Start & Stop’, a technology that turns off the thermal engine when the vehicle approaches the bus stop. This reduces noise and gas exhaustion, bringing more comfort to the passengers. Once the passengers have boarded, the engine restarts, charging the electric batteries for traction.

FPT Industrial has already sold 10 Cursor 9 NG engines to Van Hool, with a further six planned to complete the tender. In January, the 10 trambuses, each of which measuring 24 meters in length, began operating a 20-minute service along the T2 line between Nîmes railway station and Carémeau CHU (the city’s hospital).

Ultimately, it is estimated that around 25,000 people will use the shuttle every day. Natural Gas is currently the most viable and low-cost sustainable solution for vehicles of this type; FPT Industrial leads the segment with some 50,000 engines sold worldwide.