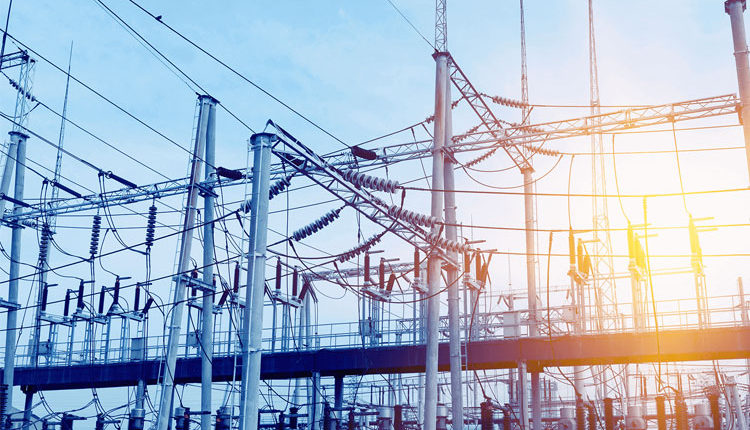 The government has been mulling over the nation’s huge power distribution network for quite some time. Apparently, the wait for a solution to the distribution loss is in sight. The Rs 3.03 lakh crore power distribution reforms scheme announced in the Union Budget this year will be considered by the Union Cabinet shortly, sources said. According to the government, the newly revamped reforms-based, result-linked power distribution five-year scheme of financial assistance to discoms will target infrastructure creation and system up-gradation.

Of the total allocation of Rs 3,03,058 crore, the central share will be Rs 97,631 crore, said Union finance minister Nirmala Sitharaman. She went on to say that it is expected that these reforms would be beneficial with state specific intervention in place instead of one size fits all.

The benefit under the scheme will be contingent to pre-qualification criteria like publication of audited financial reports of power distribution companies, upfront liquidation of state government’s dues and subsidies to discoms and non–creation of additional regulatory assets.

The Union finance minister went on to say that states have already been permitted additional borrowing for four years up to 0.5 per cent of the Gross State Domestic Product (GSDP) annually (Rs 1,05,864 Cr for 2021-22) provided specified power sector reforms are carried out.

Minister Sitharaman, during the Budget speech in February this year, said, “The feasibility of distribution companies is a serious concern. A revamped reforms-oriented performance-linked power distribution sector scheme will be launched with an outlay of ₹3,05,984 crores over the next five years. The idea behind the scheme is to assist the discoms to build infrastructure including pre-paid smart metering and feeder separation, upgradation of systems, etc., tied to financial improvements.”

According to official data, the Union government’s share in the ownership of renewable energy (RE) projects has emerged as recently as 2018, according to the data available on NITI Aayog’s recently launched India Energy Dashboard 2.0 (IED).

Sectoral experts said it was expected that the Central Public Sector Undertakings (CPSUs) would have a larger share in the ownership but it would be relative as the private sector is also growing at a steady pace.

According to a stakeholder, key reasons behind the rising CPSU share in RE projects ownership include discoms favouring procurement from solar power projects, diversification of portfolio, and power trading for RE as a lucrative business.

Over the years, however, there has been a perpetual increase in the procurement by discoms from the private generators. Incidentally, this trend continues to rise due to the unexpected fall in solar tariff and has led to an increase in the share of the private sector in power generation.

In effect this means that the share of the public sector declined and therefore, PSUs have been forced into the RE generation business to secure their position and presence in the sector.

The other reason was CPSUs expanding beyond the stagnant conventional power market and including a larger energy mix in their portfolio. Hence, CPSUs could be said to be adapting themselves to challenges thrown by the private sector.

NTPC, which primarily owns and operates thermal power plants, has also lately ventured into renewable energy projects. For instance, in SECI’s 1,070 MW tender in Rajasthan, NTPC had quoted the second-lowest tariff at Rs 2.01 per unit. Another CPSU, SJVN which has traditionally been in hydropower generation, has also ventured into the solar space and has won 100 MW with a tariff of Rs 2.73 per unit in a GUVNL auction.

Incidentally, electricity trading for RE power is a lucrative business and the 7 paise trading margin is considered a good business opportunity for CPSUs. As a result, the CPSUs have leveraged their financial credibility and provided tariff payment security to the developers by being the buffer between the private developers and the distribution licensees.

Furthermore, NTPC, SECI, and NHPC are Category-I inter-state trading licensees which means that there is no limit on the volume of electricity that they can trade annually. For each unit sold by these PSUs as trading licensees, they receive 7 paise as trading margin from the buyer.

These operational moves by the CPSUs indicate that these companies are adapting to the change in the market structure.

Also, the IED data further showed that captive ownership of solar capacity came into the picture only in 2014 with a mere 11 MW and reached 1,525 MW by 2020.

According to experts, solar projects have managed to offer lower tariff not just to utility-scale projects to distribution licensees but also to captive consumers. The government has also extended several incentives and schemes to solar power projects as well as for captive projects.

The developers may even go as far as offering below Rs 3 per unit for bigger projects which almost matches the tariff from utility-scale projects. This helps in adding the ‘green’ label to the projects which the captive users, especially business entities, require as a part of their initiatives to help the environment.

However, it is a possibility that if wind-solar hybrid projects come into play then wind may make a comeback in the captive power generation scenario.

According to the IED data, the ownership pattern has changed of late. There has been a marked decline in the ownership of alternate energy plants by the state governments from 2.5 GW in 2006 to 2.3 GW in 2020. This could be because the state-owned suppliers are unable to match the tariff and efficiency of the private sector.

However, there are chances that RE generation is definitely on the future course of state PSUs but a time period for its development cannot be attached to it.

Another reason behind the decline in the state’s share is the change in legal framework brought about by the Electricity Act. The mandate imposed on the distribution licensees under the Tariff Policy (2006), to competitively procure all future power could be considered as the key reason for the decline of stake-holding of the state government in the power generation market.

In the remaining 8.52 per cent, which is mentioned as utility RE, it can be safely assumed that the majority of such capacity is from private ownership.

From 2006 captive generation grew from 10.56 per cent to 14.76 per cent in 2020 of the total generation. This also resulted in the declining ownership of the state while the distribution licensees continue to procure power competitively as per their annual requirements.

Power sources are changing rapidly as the global warming phenomenon cannot be taken lightly anymore. Discoms play a crucial role in the power distribution net work, It is needless to say that unless the reforms the government is planning to implement the electricity is not going to improve. The current regime has ambitious plans for the power sector and the reforms mentioned in this article are inherent to those plans.