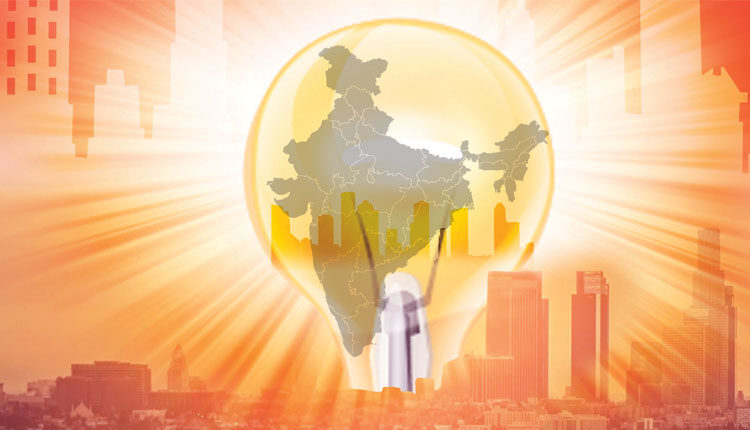 The power scenario worldwide is changing rapidly. The emphasis on fossil fuels is shifting towards renewable sources like solar and wind. It is no different in India as the country aspires to achieve its targets before time. At present, India consumes around 1,300 billion units every year. Of course, the captive power consumption is not included in the above-mentioned figure as this only represents the formal grid connected capacity. The short-term power market is about 11-12 per cent of India’s power sector amounting to 140 billion units of the total.

The Exchanges led electricity markets which commenced in the year 2008, has now been playing a central role in the power procurement strategy of 60+ distribution utilities and about 5000+ 1MW and above industrial and commercial consumers, referred to as the open access consumers. As per the recent power market statistics by the central regulator – CERC dated November’20, the Exchange now represents 50 per cent share of India’s short-term market and represents immense potential for further growth and development. The electricity exchange market emphasises on core values such as the competitive prices, transparency, efficiency, flexible power procurement and payment security.

much a statement of intent as it is an opportunity for participative planning. For achieving good governance, a policy can act as effective guardrails ensuring the efficiency and quality of government services. Theoretically, any legislation flows from the changes in law necessary to implement a certain policy. However, even transformative legislation needs proper policy support for proper implementation.

The National Electricity Policy (NEP), 2005 is such a statement of intent which was implemented after the adoption of the Electricity Act (EA), 2003. The EA, 2003 is an omnibus legislation that replaced three previous legislations, defining the structure of the electricity generation and supply business in India and the regulatory arrangements to manage it efficiently. In light of the splintered constitutional mandate for a “concurrent” subject such as electricity, the Act requires the Union government to prepare a national electricity policy and a tariff policy; national policies on standalone systems for rural areas and a policy for bulk supply and local distribution managed by panchayats, cooperatives, NGOs and franchisees.

However, now the government is in the process of revising the 2005 policy and preparing a draft National Electricity Policy, NEP 2021, by a specially constituted expert committee. It is expected that NEP 2021 will focus on maximum regulatory arrangements for the future, outline a template of some successful initiatives, set new medium-term objectives that build upon milestones attained in the past, and chalk out pathways to achieve these objectives.

Since 1990-91, India’s total electricity generation has grown at the rate of 5.85 per cent per annum. Unfortunately, the energy mix remains biased toward fossil fuels, the availability of efficient peaking power capacity is limited, and the availability of contracted generation capacity for ancillary services and demand response is unstructured. At present, India’s gas-based capacity is limited by the shortage of affordable domestic gas at administered prices. Moreover, stalled capacity of private projects based on imported gas and LNG continues to remain a problem.

As of March 31, 2021, Renewable Energy (RE) generation capacity is at 21 per cent (94.4 GW) of the total generation capacity. Despite this progress, coal still accounts for 55 per cent of the installed generation capacity. In order to hike the share of RE and reduce the dependence on coal-based power, significant changes are needed in the capacity mix, with distributed localised generation (gas, RE or hybrid) and contracted capacity—pumped storage or gas based—for ensuring grid stability.

Power transferability and grid security are critical and this was evident during the blackout of July 30-31, 2012 in India, when 22 states suffered from power outage for two days due to grid instability. 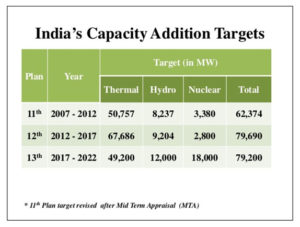 The future of Indian power structure will be shaped by the following three points.

First, pre-eminence of RE resources. The government’s clean energy transition agenda has aimed to reduce fossil reliance through both distributed systems and large scale RE parks. This should lead to future power grids in accommodating renewable energy plants, such as the 10 GW solar park envisioned at Leh, or the 30 GW project planned for Gujarat, alongside rooftop in houses and factories.

Secondly, the new and disruptive technology is helping to break down electricity into other kinds of energies, thereby solving the problem of absence of mechanisms to store electricity. Such technical progress in storage methodologies will modernise conventional network planning so that storage can serve different purposes. The future power grids are likely to erase the lines between generation, transmission, and distribution, which would require appropriate regulatory regimes, making grid operations efficient and bringing in savings.

Thirdly, the growing electrification of the economy will drive the grid’s growth. Currently, the per capita consumption of electricity is 1200 units in India and the share of electricity in the total energy pie is 17 per cent. Measures like the government’s ‘Go Electric’ campaign for e-mobility, e-cooking, etc., are expected to raise this share to 26 per cent by 2040. Further, initiatives like ‘One Sun, One World, One Grid’ is expected to strengthen the move towards cross border interconnections.

The grid of tomorrow is expected to integrate a slew of technological advancements in renewable generation, battery and other storage systems, new energy sources like grid hydrogen, communication and data analytics. However, what we need to know about the future of the power sector is — will our grids be up to the challenge of upgrades? Or shall we witness the traditional route of crisis, grid collapse and more that will ensure that investments into hardening and improving the grid keep pace?