Pros and cons of shifting power dynamics in a new world 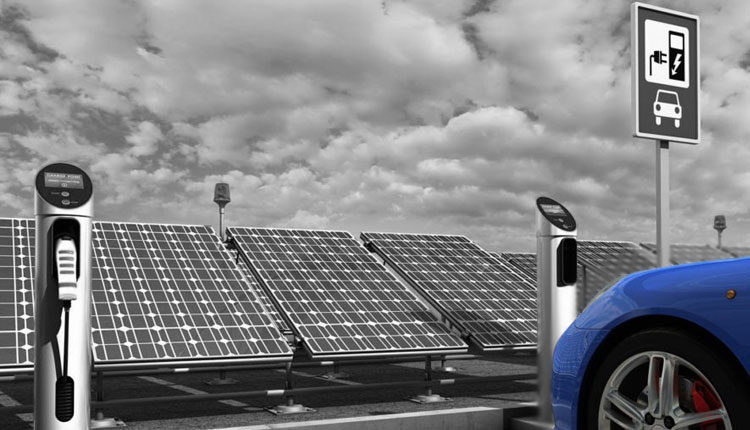 Climate change is an undeniable reality and the world is waking up to it. Governments all over the globe have started initiating measures to combat global warming. One of the major developments in this regard is the push towards the adoption of electric vehicles. Infrastructure is being enhanced in order to make the transition smooth and effortless. The new normal demands change and we hardly have any option.

The adoption of electric vehicles has been increasingly growing in the last few years and is all set to continue. International Energy Agency (IEA) data show that the global electric vehicle fleet reached over 5.1 million in 2018 and is expected to grow to approximately 130 million by 2030.

Across the world, governments are setting EV deployment targets, encouraging industry stakeholders to invest across the EV supply chain. Large power utilities such as EDF, E.ON and Enel in Europe have been investing heavily in the EV charging station infrastructure. This market is also witnessing consolidation and this trend is expected to continue.

Increasingly, power utilities are collaborating with EV manufacturers to boost their offering in areas such as EV charging, vehicle-to-grid (V2G) services, energy storage and renewable energy sources. Oil majors such as Shell, BP and Total are also placing huge bets in the market through acquisitions. 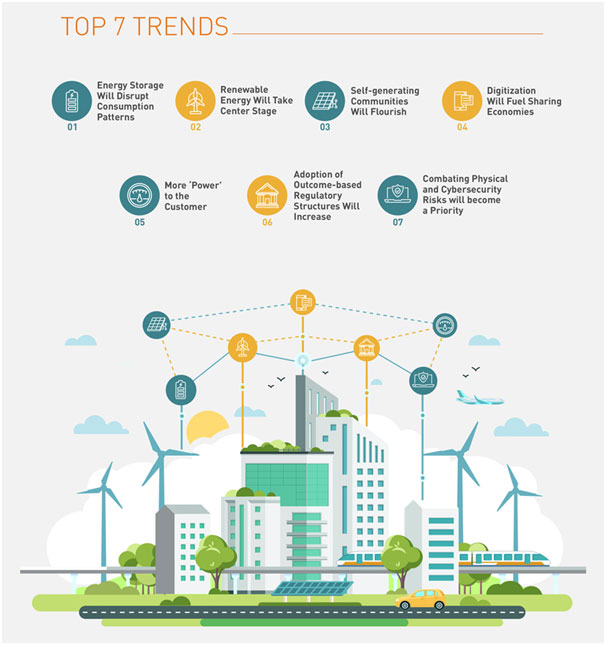 Power utilities, which traditionally are opposed to the adoption of new technologies, are rapidly realising their benefits and investing heavily in them.

GolbalData conducted a survey on emerging technology trends which revealed that cybersecurity, big data, cloud computing, robotics and the Internet of Things (IoT) are being seen as the top five technologies that will have the maximum impact on the power sector over the next three years.

Cybersecurity is receiving the maximum attention from power companies to protect grids from cyberattacks. Power utilities have realised the crippling effect that cybersecurity issues can have on the grid and are willing to invest to guarantee protection.

With an increasing amount of data coming out of the customers’ meters, utilities are focusing on data analytics for load forecasting, generation planning, managing peaks and increasing customer energy efficiency awareness.

Big data and cloud computing are useful tools that support these initiatives. Cloud models are helping utilities to lower their IT CapEx and offer unlimited computing and advanced analytics. Internet of Things is enabling power companies to remotely monitor and manage their assets. With the help of IoT, utilities can also conduct predictive asset maintenance.

It is expected that energy storage installation among end-users (renewable energy generators, grid operators and distributed generation) may witness handsome growth due to smart grid development. Moreover, the battery energy storage system (BESS) market that had an estimated capacity of 4.9GW in 2018, is expected to reach 22.2GW by 2023, according to GlobalData.

The trending report went on to say that the financial aspect of energy storage in a wide range of applications and the falling system cost would likely result in the rapid growth of battery energy storage solutions. Lithium-ion (Li-ion) batteries are emerging as crucial for energy storage. The increasing growth of EVs resulted in lithium-ion technology development and a steady decline in lithium-based battery cost. 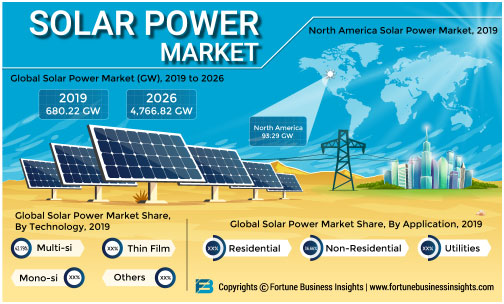 Various incentive programmes launched by the government have accelerated several energy storage projects, which are in the pipeline. The deployment is expected to grow as a large number of countries are opting for storage utilisation to support their power sector transformation.

The US introduced multiple bills and policies related to energy storage and has comprehensive incentive programmes, supporting battery utilisation for energy storage. India published a national energy storage mission, outlining the country’s ambition to become a market leader in battery manufacturing. Moreover, China and Germany are also exploring opportunities to invest in the growing battery market.

The microgrid demand in the power sector continues to grow, driven by the need for resiliency, energy security and remote area electrification. In 2019, a number of microgrid projects were announced by companies across the world. Utilities such as Duke Energy, EDF, Engie and AusNet have also been involved in the microgrid project development.

The microgrid project scale has been increasing with projects as large as the 100MW Armonia Microgrid in Palau being developed. Policy developments have been encouraging. Hawaii in the US has become the first state to initiate microgrid tariffs, which are fees to be paid for microgrid services. California is also following close behind and planning to introduce legislation to move in the same direction.

Practically, all large corporations are increasingly signing PPAs with power generator companies to meet their requirements. These PPAs are usually being signed with renewable energy generators, enabling them to increase the renewable energy share in their total consumption.

Organisations such as Google, Amazon, Facebook and Microsoft continued to sign PPAs during 2019. This trend is expected to continue in the future as expanding data centric market is increasing its power requirements. Major retailers such as Tesco and Walmart also signed a number of PPAs in 2019.

The rise in corporate PPAs is also fuelled by the fact that as governments across countries are withdrawing feed-in-tariffs (FITs) and other incentives for wind and solar power and shifting focus towards auction mechanisms, corporate PPAs offer developers an opportunity to sell their power profitably.

As the world changes post the Covid pandemic the power sector metamorphosis is expected to optimise both cost efficiency as well as distribution dynamics.