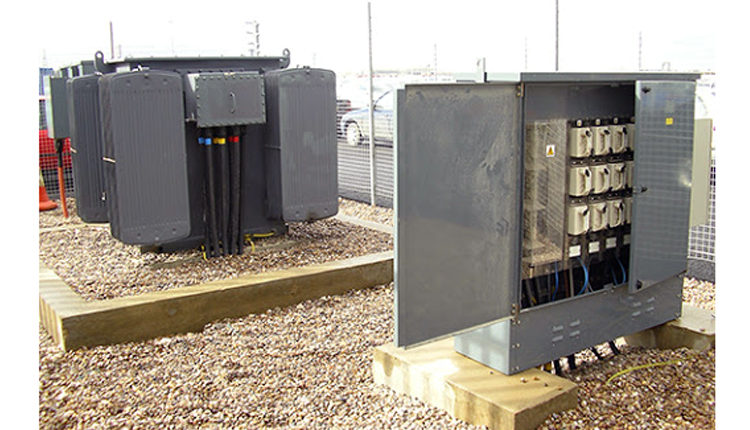 The apparatus that is utilised for the purpose of switching on or off, regulating, and controlling electrical circuit in the electrical power system is called a switchgear. The switches on the control panel, lightning arresters, indicators, current and potential transformer, fuses, relays, isolator, circuit breaker, and switches are instances of switchgear devices. Moreover, the supply chain is directly connected with the switchgear system. The system is placed in the low and high voltage aspects of the power transformer. The system finds use in de-energising the gadget for maintaining, testing and for fault clearance in the system. The growth of the global switchgears market is likely to witness robust growth in view of the increasing demand from end users.

Transformers are omnipresent in modern life, with a variety of characteristics, ratings and uses. Generally, electric utilities use large power transformers on the high-power end of the scale, to connect transmission systems operating at different voltages. While on the lower end, tiny signal transformers are used to connect communication equipment to Ethernet systems and microscopic transformers have even been printed in integrated circuits. The transformers which are used in facility distribution systems fall between those extremes.

Technically, a transformer functions on the principle of magnetic induction, an electromagnetic doctrine which states that a voltage will develop across a conductor in the presence of a changing magnetic field. Way back in the 19th century, the magnetic induction was invented and quantified by scientists whose contributions were so significant that their names have been attached to electrical units of measure and laws of physics. A thorough elaboration of magnetic induction would require a huge amount of space which is not available here, so I will dwell on it qualitatively in this discussion on transformer operation.

The other notable aspects of transformers that normally feature in specifications are number of phases, number and spacing of transformer taps, enclosure characteristics, insulation medium, impedance and efficiency.

However. transformers are not 100 per cent efficient and most of the input power is delivered to the secondary terminals, some of which is lost as heat. These heat losses are actually load losses, mainly due to resistance of the coil conductors and no-load losses, fundamentally due to magnetic effects inside and outside of the core. The two kinds of losses are, however, interdependent as the designing to reduce one type of losses can increase the other.

According to certain reports, the global switchgear market is poised to witness a significant revenue growth with increasing opportunities in residential, commercial, industrial, and utilities sectors. A switchgear is a device which is mostly used for controlling, switching as well as protecting the electrical circuits and related equipment. Some of the examples of switchgear devices are isolators, fuses, relays, lightning arresters, switches, circuit breaker, control panels, indicating instrument and potential and current transformer.

A switchgear can be of two types depending on the voltage levels and economic viability, i.e. outdoor or indoor types. Between the two, the indoor switchgear is generally used for medium voltages and is enclosed in a metal enclosure which is grounded. Usually, an indoor switchgear is a gas insulated system and is employed where the air is dust-laden and corrosive, and cost of land is high.

One of the most common switchgears is an air insulated one with medium voltage requirement that are usually in demand these days. Such switchgears come with earth switches, circuit breakers, and electrical disconnector switches. Air insulated switches are utilised in the protection, isolation, and regulation of electrical equipment utilising air as its medium of insulation. In comparison with gas-insulated switchgear, automatic identification systems (AIS) are priced lower, hassle-free maintenance, environment-friendly, and involve simple construction. The AIS switchgear finds usage in oil and gas, manufacturing, transportation, and transmission and distribution industries. Incidentally, these are the factors which are likely to support growth of the global switchgears market in the next five years or so.

Any switchgear system is directly linked to the supply system. It can be found in both the high and low voltage side of the power transformer. Primarily, a switchgear is utilised for de-energising the equipment for testing as well as maintenance as well as for clearing the fault. As and when a fault occurs in the power system, usually heavy current flows through equipment due to which the equipment is damaged and the service gets disrupted. In order to protect the transmission lines, transformers, generators, and other electrical equipment from damage, switchgear or automatic protective devices are deployed.

Various industry reports say that Asia Pacific is likely to emerge as one of the leading regional segments in the global switchgears market over the next few years till 2027. Rapid urbanisation, particularly in countries like China and India, is expected to drive the expansion and development of this market. Additionally, ramping up of existing electrical infrastructure and setting up of new substation is further likely to support the growth of the market in the region.

Exciting times ahead for testing and measurement equipment

India confident of achieving ambitious RE targets before time