The Indian solar energy market is growing at lightning speed 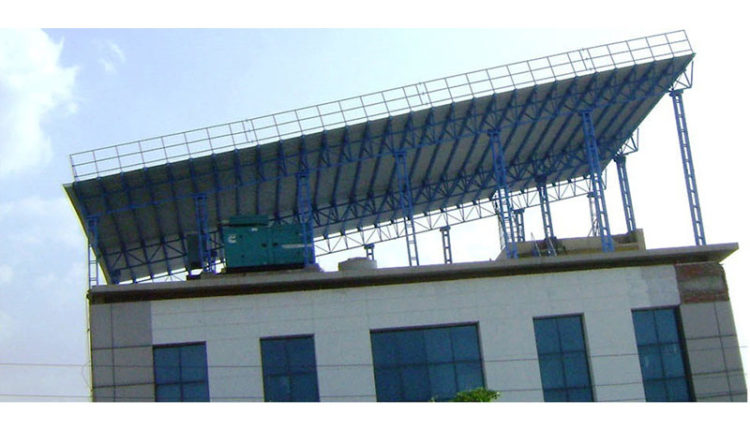 With an increasing number of industrial units across India now depending on solar energy to partly fulfill their energy requirements, companies in the renewable energy sector are gearing up for the rising demand in technologies. One such company is Gurgaon-based Nimray Solar. In this interview with Huned Contractor, the company’s founder and president, Ajay Singh, provides an overall perspective of the solar energy industry and his own strategy

Could you brief us about your company?

During my stay in Dubai, I was impressed with their government’s active involvement in harnessing the potential of solar energy. The Dubai Clean Energy Strategy aims to provide 7% of Dubai’s energy from clean energy sources by 2020. It will increase this target to 25% by 2030 and 75% by 2050. And then I studied the situation in India where a metro city resident pays around Rs 7-8 per unit of electricity, the cost of which goes up to Rs 15-18 per unit if a DG set has to be used in case of power failure. This made me think seriously about solar power and how the user can be the producer also. Instead of buying energy from a grid, we can produce enough energy for ourselves and sell the balance to a grid. This technology, called net metering, is already in place but not many are aware of it.

My idea of setting up Nimray Solar was to help make India free of power cuts. Our company is the first decentralized electricity network based on solar energy and blockchain technology. We are also the first to make use of crypto-currency to pay for the use of solar energy. As a result, users need not pay anything in the long run. Instead, they get paid by an energy provider for their electricity production. We work as a platform to address all your solar power requirements – from analyzing your exact requirement to installing solar panels, and getting your plant registered and approved for net metering. Our proprietary algorithm predicts your exact energy uses and saving in future. Roughly, your system recovers its cost in three years and works for 25 years.

Could you give us an overview of the Indian solar energy market and its challenges?

In just 90 minutes, enough sunlight strikes the earth to provide the entire planet’s energy needs for one year. While solar energy is abundant, it represents a tiny fraction of the world’s current energy mix. We have 300 days of sunlight and yet round-the-clock electricity is a dream for many. The Indian solar energy market is very vast and growing at a lightning speed. It is expected to grow by 90% in the next one year. As of November 2017, the country’s solar grid had a cumulative capacity of 12.29 GW. India quadrupled its solar generation capacity from 2,650 MW on May 26, 2014 to 12,289 MW as on March 31, 2017. The country added 3.01 GW of solar capacity in 2015-2016 and 5.525 GW in 2016-2017, the highest of any year, with the average current price of solar electricity dropping to 18% below the average price of its coal-fired counterpart.

In terms of challenges, the biggest constraint is the hesitancy of people to use solar power.
This is despite the direct subsidy of 30% offered by the government. Unfortunately, we still refer to it as ‘alternative energy’ and not as ‘clean energy of the future’. What we need is standardization. Lack of awareness creates confusion when it comes to installing solar equipment. Also, for the same component, different solar EPC companies will quote different rates. This creates skepticism among consumers, including MSMEs. India’s initiative of 100 GW of solar energy by 2022 is an ambitious target but we need to bring about uniformity and standardization to give the right push to the solar energy industry. Also, when industries speak about being environmentally friendly, they need to realise that the use of solar energy can help reduce the carbon footprint by up to 95%. In addition, going off the main grid means less coal-based power consumption, which will lead to a reduction in the use of coal. This will help cut down on pollution too.

Do you think solar energy can become the primary source of energy?

Yes, definitely by the year 2025 solar power will be the only primary source of energy all over the world. Tesla already introduced solar tiles so that even while building a house it includes modules to power itself. Electric cars will be on roads by 2020 as normal cars. And gradually, every appliance we use and everything we consume will come to depend on solar energy.

What should the government do to promote the use of solar energy, especially in the industrial sector?

The present government has been very proactive when it comes to promoting solar energy. However, it should support private companies that are trying to change the mindset of people and turn it in favour of solar energy. Net metering should be made available across the country and there should be a uniform policy for all states to get rid of the current unstructured environment in which some states are promoting solar energy while others are not too keen to do so.