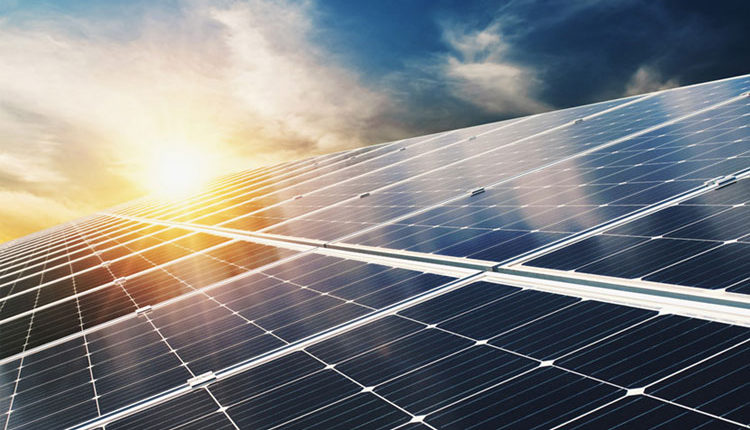 Energy sources all over the world are metamorphosing rapidly and the scene in India is no different. The world has set itself a target date to switch over to clean energy and various countries have set their individual timelines. Currently, India has the capacity to generate 136 GW of renewable energy and is all set to achieve its 2022 target of 175 GW much ahead of time. If everything goes according to plans, India expects to be at RE generation capacity of 220 GW by 2022. In the last six years, nearly Rs 5 lakh crore or over $64 billion investment has been made in renewable energy sector in the country. Effectively, the ambitious target of 450 GW of RE by 2030 has thrown up new and bigger opportunities for investments in the sector.

In the coming years, India plans to make estimated investments of $20 bn per year to meet this target and in view of this the 2021 outlook for financing, merger and acquisitions look very promising.

According to the current IEA World Energy Outlook report 2020, it is proved that Solar PV is more effective than coal and gas fired power energy in India. Lower generation cost due to deflating cost of solar modules and expected R&D in the sector to further reduce the cost of generation and storage will make it more lucrative for investments. The primary purpose of the R&D will be to ensure that it really does remain cost effective for generators. At present, 90 per cent of the solar modules are imported from China and Malaysia. The government should keep in mind that introducing new policies to promote Atmanirbhar Bharat does not lead to increased generation cost.

Additionally, a key incentive for investors is the economic guarantee in terms of steady revenue and the streamlined payment process. After SECI entered the scene as intermediary where PPA is signed with SECI instead of less credit worthy state DISCOMS it has helped investors get the economic assurance and, it is imperative to ensure that the model is scalable in proportion to the investments required for the 2030 target.

In a new development the government last Monday has mandated that distribution companies (DISCOMS) will be liable to pay compensation of up to Rs 1 lakh for resorting to wanton outages and will also have to perform other services such as installing a new connection, replacing or shifting a meter and changing the load within stringent timelines according to the service rules and consumer rights for the power sector formulated for the first time.

Incidentally, this is the first time that the power supply has been recognised as a service industry and standards have been laid to ensure consumers, who were so far taken for granted by state government monopolies, get value for money. Uniform service standard will ensure consumers get their money’s worth, irrespective of whether they are served by private or state entities.

Generally, it is imperative to safeguard the PSA for this model to scale as all the PPAs with SECI are backed by an equivalent PSA between SECI and the DISCOM. Indian renewable energy space will certainly be an attractive opportunity in 2021. It’s important that right policies and right instruments are introduced for financing and meeting the risk return expectations of the investors to meet the funds needed for the 2030 target.

In an encouraging development, tariff for solar power further declined to a record low of Rs 1.99 per unit in an auction of projects of 500 MW capacity by Gujarat Urja Vikas Nigam Ltd (GUVNL) last week.

Notably, in November last year, solar power tariff had plunged to a record low of Rs 2 per unit during an auction for 1,070 MW projects conducted by the Solar Energy Corporation of India (SECI).

According to the UN Human Development Report (HDR) 2020 released recently, primarily, the cost of finance accounts for the historically low solar tariffs in India, which is about 50-65 per cent of renewable energy tariffs.

The report went on to say that since a high share of the tariff is the cost of capital, even significant declines in equipment costs could lower tariffs only marginally.

Speaking about India, the report added that the cost of capital was high, even with a maturing market, partly because of the perceived risks in renewable energy investments. Hence, the government has to formulate policies to reduce risk perceptions and improve the bankability of renewable energy projects.

The UN report stated that large solar parks attracted international investors, especially when the bids were backed by Central and state government guarantees or credible off-takers, tariffs fell sharply. In order to facilitate lower cost of investment, the government tried to improve the availability and pricing of a project’s debt finance over time.

The HDR 2020 report released by the United Nations Development Programme (UNDP) states that human development can move forward through incentives and regulation. The report, giving an example of India’s falling solar tariffs, further said that incentives were required to shift finance towards low-carbon energy projects.

Further, the report goes on to suggest that incentives could lower the cost of finance and improve access to domestic and foreign institutional capital. The report also said that options included pooled de-risking of projects across different geographies, solar parks that allow developers to adopt a plug-and-play model and shorten length of construction time, and greater transparency about policies, deployment and performance.