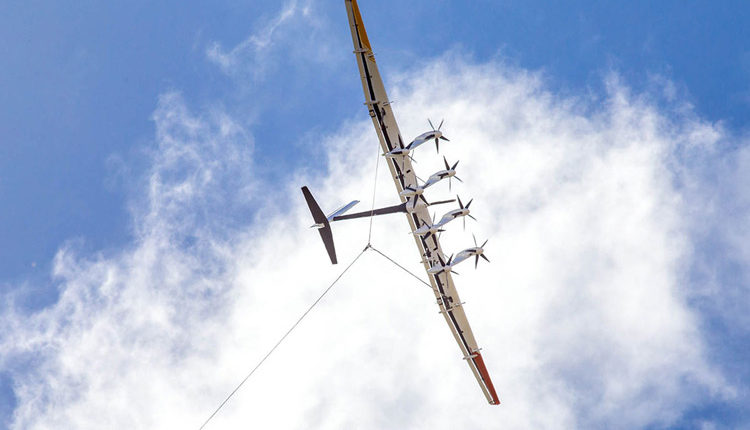 With all focus on the use of renewable energy sources to save the environment as well as to meet the growing demands of energy, wind power is one of the fastest-growing power sources in the world.

Natural availability of free and abundance wind energy has always fascinated and encouraged human beings for its use in various applications. The basic principle on which the wind turbines work is to convert the kinetic energy in the wind into mechanical power and this mechanical power can thus be used for specific tasks or can be converted into electricity using a generator. With the changing scenario towards human dependence on electric energy, efforts have been directed to convert wind energy into electrical energy which has led to the development of wind energy mills and their deployment in the form of wind farms in general and in coastal areas in particular. Wind farms could not get desired response of acceptability from masses due to reasons of like, low efficiency, cost intensive, sound pollution, loss of useful land resources as well as confinement to specific locations. People have always associated the availability of strong wing power as a function of altitude, latitude and direction. Therefore, in order to overcome all limitations associated with wind energy utilization at the ground level and to exploit its availability as function of altitude, latitude and direction, scientists and engineers have come forward with a fascinating idea of energy kites as an innovation to harness maximum wing power overcoming the locational hindrances with a possibility to go anywhere and everywhere where conventional wind turbines cannot go.

With all focus on the use of renewable energy sources to save the environment as well as to meet the growing demands of energy, wind power is one of the fastest-growing power sources in the world. So far, the bulk of this growth has been in the form of conventional wind turbines, which are rigid systems with rather limited manoeuvrability. Although modern wind mills/turbines can be downwind tracked around the turbine’s vertical axis which means that only a small part of the available wind energy can be harvested. To increase efficiency, wind turbines must be huge in size, and the bigger the device, the bigger the rotor blades needed. The machines must get bigger for another reason as well: at higher attitudes they encounter stronger and steadier wind regimes. High altitude winds represent an untapped energy source that is even larger than the world’s energy needs. The structure of a wind tower determines most of its cost and thus imposes a limit to the level of elevation that can be reached but there is another way to harness theavailable wind power in the troposphere by using energy kites. With the idea of energy kites, instead of harvesting wind energy near the Earth’s surface, where the winds are volatile and the wind speed is low, researchers are looking to go where the wind is blowing constantly and the wind speed is much higher, i.e., several hundred or even several thousands of meters above ground.

Harvesting wind energy with the help of energy kites, will enable more people around the world to have access to clean, affordable windpower. The energy kites fly autonomously in loops, rotors on the wing spin as the wind moves through them, generating electricity that is sent down the tether to the grid. Energy kites use a wing tethered to a ground station to efficiently harness energy from the wind having eight rotors on thekiteto function much like the blades on a wind turbine. As the craft flies across the air, the rotors drive a generator which will produce electricity. The rotors on theenergy kitefunction like the blades of a wind turbine, driving a generator to produce electricity.Narrow bands of exceedingly high speed windsare known to exist in the higherlevels of the atmosphere at altitudesranging from 20,000 to 40,000 feet or more and they are known as jet streams. Energy kite system has three main advantages in comparison to conventional ground wing energy mills/turbines as: reaching tohigheraltitudes, use of less materials, and more aerodynamically effective.The ground station of an energy kitewill also need considerably less ground space than a conventional wind turbine.Entrepreneurs believe that energy kites offer untapped opportunities to harness winds high above the earth and generate electricity at a lower cost than the wind turbines. Microsoft founder Bill Gates has said that there is a chance that energy kite technology could provide a “magic solution” to some of the world’s energy needs.

Energy kites have great potential to generate electricity in order to help the mankind and environment. The British company says each energy kite system will be capable of generating around 500 kilowatts of energy which will be enough to supply continuous electricity to around 430 homes.According to researchers from the Delft University of Technology (Netherlands), at the developed state, high-flyingkitestethered to generators couldsupplyasmuchas 100 megawatts of electricity with a capacity to power100,000homes.

With a simple idea and all fascinating advantages of energy kites (also known as airborne wind energy, AWE),it might even be possible to produce enough wind energy anywhere around the clock. However, the engineering required to realize this vision is still very much a work in progress on different aspects like: experiments, field tests, and simulations describing the efficiency and cost-effectiveness of various technologies. Many companies and researchers are devoted to developing technologies that produce wind power while a drift high in the sky.Transferring the harvested power by energy kites all the way back to the generator on the Earth’s surface is not an easy task but a lot of energy can be produced by kites while saving a lot of money. Further, energy kite power systems can be considered as modular, flexible, small-scale power production plants and could be applied to single family houses because thematerial used will be very light and affordable. Overall, energy kites will prove to be safer, more efficient energy source choice, and will benefit the human and environment simultaneously if successfully developed and utilized in the near future.