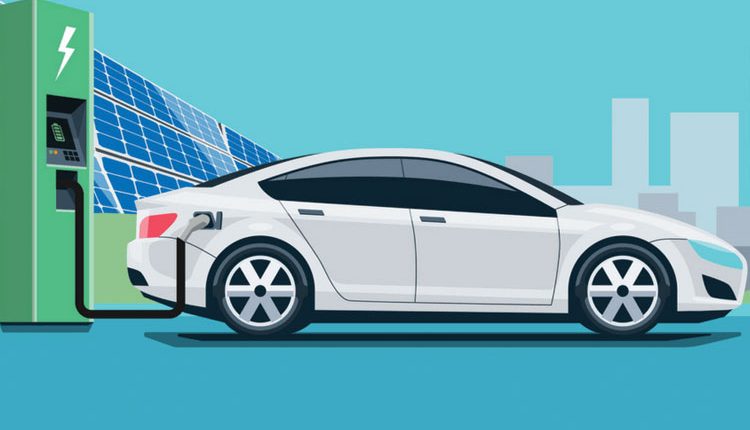 Overview: Almost three years ago, In April 2019, Niti Aayog, the federal think tank, published a report titled “India’s Electric Mobility Transformation”, which pegs EV sales in India at 70 per cent for commercial car segment, 30 per cent for the private car segment, 40 per cent for buses, and 80 per cent for two- and three- wheelers by 2030. According to the Niti Aayog report, the Indian electric vehicle market was valued at USD 5.47 Billion in 2020, and it is expected to reach USD 17.01 Billion by 2026, growing at a CAGR of 23.47 per cent over the forecast period (2021-2026).

The ongoing pandemic impacted the auto sector significantly, and demand for electric automobiles, as well as two-wheelers and three-wheelers, suffered as a result of the disruption in supply chains. According to a report of the Society of Electric Vehicle Manufacturers (SMEV), total electric vehicle registrations fell 20 per cent in FY21 to 236,802 units, down from 295,683 in FY20. However, the market is expected to register positive growth during the period under discussion as the sales of EVs are picking up.

An electric vehicle is a transport mechanism that functions on an electric motor instead of an internal combustion engine, which generates power by burning a mix of fuel and gases. Hence, an electric vehicle is perceived as a suitable replacement for the present-generation of automobiles in the coming days to address environmental challenges.

The Indian electric vehicle market can be categorised in vehicle type and power source.

Meanwhile, it was reported recently that Ashok Leyland is planning a separate plant for EVs and has lined up an investment of Rs 500 cr for alternative fuel tech. The commercial vehicle company aims to expand its electric vehicle portfolio as well as develop electric engines in view of the changing climate scenario. Moreover, the Indian Oil Corporation has also committed itself to set up 10,000 EV charging stations across the country.

The transport sector is a perfect example of an industry grappling with kaleidoscopic changes in technology and customer expectations. Fundamentally, these changes are being driven by three major trends: electrification, automation, and servitization.

However, we should also keep in mind that these three trends by themselves won’t transform the movement of people. How we move goods will also change. Hence, the swift advancements taking place in transportation will surely affect most businesses, regardless of sector – essentially, any business with a supply chain that relies on the movement of goods should be aware of the above-mentioned trends.

It is already well-known that transportation is a major cause of greenhouse gas emissions. In the US, transportation already generates around 28 per cent of the total greenhouse gas emissions and these emissions are largely generated from burning fossil fuels (particularly gasoline and diesel) to operate cars, trucks, ships, planes, and trains. Therefore, we desperately need to transition to greener vehicles – which is where electrification comes in.

As far as cars are concerned, electric vehicles (EVs) seem to be approaching the tipping point. According to data available, EVs accounted for just six percent of global automotive sales till 2020, but that is projected to grow to 13 percent by 2025 and 22 per cent by 2030. As the climate situation worsens, rigid national emissions targets, bigger urban populations, improvements in charging infrastructure, and the declining cost of the lithium-ion batteries that power EVs (already down 80 per cent since 2010) should together encourage mass adoption of EVs.

Ola, the Indian ride-sharing company, has already made massive investments in e-scooters. The company’s e-scooter plant in India is preparing to produce 10 million electric scooters a year, making it the world’s largest e-scooter facility. Furthermore, companies like Daimler are also investing in electric truck technology. For instance, Daimler’s 250-mile range eCascadia and 230-mile range eM2 trucks are due to go into production this year. Meanwhile, Norway has been operating electric car ferries since 2015, and the country now aims to run an all-electric fleet by 2023.

Autonomous vehicles provide a fantastic opportunity to revolutionise the way people and goods are moved around, improve road safety and ease congestion on our busy roads. In all probability, city planners may even change the way our cities are built – come to think of it, huge parking lots will become history past, as driverless vehicles will be able to drop us at our destination and return for us later.

In this kaleidoscopically changing world EVs will play a significant role. In this regard, we must say that infrastructure has to come up much faster than the current speed. The transport matrix is going to be unrecognisable over the next decade or so. The fundamental concept I’m alluding at here is the future inclination towards access to mobility rather than ownership. In the future, the majority of city dwellers may not need to buy their own car at all.