India is witnessing tremendous growth in the Solar & Railway Sectors 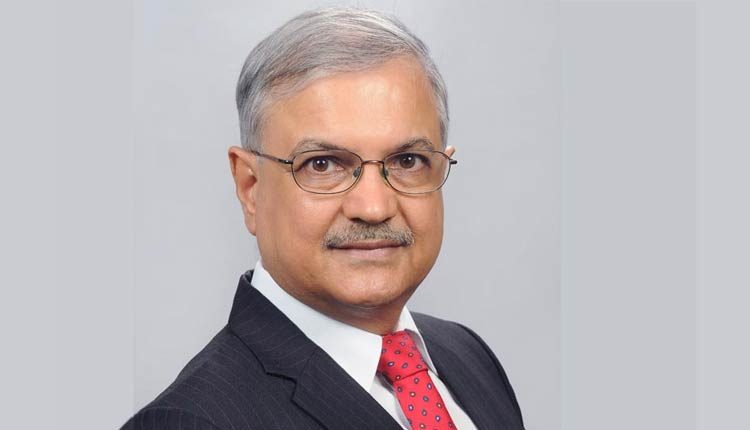 Leoni Cable Solutions, a leading European provider of cables and cable systems to the automotive sector and other industries, has enhanced its location in Chakan near Pune. The company inaugurated an electron beam accelerator on September 6, 2017, which allows providing high-performance cables to customers from various industries such as railway and solar. In this interview with Huned Contractor, Pushpendra Singh, Managing Director, Leoni Cable Solutions (India) elaborates on the company’s plans

Q. Could you elaborate about the extension of the manufacturing facilities in Pune?

Leoni has invested more than Euro10 million into the expansion of its Chakan location. Now, the combined production area has increased to more than 20,000 square metres and a capacity to manufacture 80,000 kilometres per year of electron beam cross-linked cables, which ensure a higher degree of safety, superior performance and greater efficiency. In the e-beam process, Leoni treats its cables with extremely accelerated electrons, thus cross-linking their chemical structure. As a consequence, the cables obtain the properties of comparatively more expensive, usually more difficult to process, high-performance products. The e-beam process makes cables, for example, more dimensionally stable when subjected to heat, more resistant to chemicals, solvents and temperature fluctuation as well as harder and more resistant to abrasion.

Q. When did Leoni first began their India operations?

We began to develop this market in 2010 with an engineering office and a manufacturing facility for automotive wiring systems. Since the opening of the Chakan cable plant in 2013, we also have a strong foundation in the country with regard to special cables for dynamic industries. Now, Leoni’s new commitment will help us to further innovate and create beneficial solutions for India’s economy. The Chakan facility will drive synergies and economies of scale both for our domestic operations as well as exports.

Q. Why is the company focusing on manufacturing cables for solar equipment and the railway sector?

India is witnessing tremendous growth in the solar and railway sectors with the government’s plan to increase the share of renewable energy in the country and set up high-speed trains and metro railways. Solar power in India is a fast developing industry. As of June 30, 2017, the country’s solar grid had a cumulative capacity of 13.11 GW. India quadrupled its solar-generation capacity from 2,650 MW on May 26, 2014 to 12,289 MW on March 31, 2017. The country added 3.01 GW of solar capacity in 2015-2016 and 5.525 GW in 2016-2017, the highest of any year, with the average current price of solar electricity dropping to 18% below the average price of its coal-fired counterpart.

In January 2015, the Indian government expanded its solar plans, targeting USD 100 billion in investment and 100 GW of solar capacity (including 40 GW from rooftop solar) by 2022. India’s initiative of 100 GW of solar energy by 2022 is an ambitious target since the world’s installed solar power capacity in 2014 was 181 GW. Then there is the scope provided by metro rail installations. The metro rail network in the country is increasing with the mass rapid transit system emerging as one of the best solutions for urban transportation. Even as eight metro rail networks covering a length of 370 km are operational in the country, over two dozen more projects are lined up.The cities that have lined up their plans include Pune, Nagpur, Ahmedabad, Chennai, Vijayawada, Kozhikode, Indore, Bhopal, Patna, Guwahati, Kanpur and Varanasi. All this will definitely open up more opportunities for us since the need will be for cables of the highest quality benchmarks along with emphasis on safety. The new facility will also help us make cables that will last much longer – up to 20-25 years.

Q. Will India also be a hub to export to neighbouring countries?

We are already exporting our cables to the Middle East, Australia, Africa, South East Asia and other regions in the Asia Pacific sector. But yes, the enhanced capacity will support our export drive too. The Asia Pacific region is currently contributing 15-17% in terms of exports and this share may go up in time to come.

Q. Has Leoni also been influenced by the ‘Make in India’ campaign?

Yes, I think the ‘Make in India’ initiative is a step in the right direction. The Indian economy is rising upward and this implies multifarious advantages for the manufacturing sector. We at Leoni think that setting up operations in India has been the right choice because today we have good infrastructure, availability of power and above all, skilled manpower. Also, our belief is that we can contribute to the Indian economy with our operations here. For instance, we have trained a good number of people who are now working on our production floor.

Q. The cable market in India is highly competitive. How will Leoni find its niche?

It is true that the cable industry has many players but there is also the factor that India is growing at a fast pace and there are more opportunities to tap. For example, there is the project of developing 100 smart cities. This will require a huge amount of cabling. Further, India is also an automotive hub and companies that make special automotive cable harnesses will continue to find a demand for their products. As for us, we bring with us 100 years of experience and skills. The name Leoni stands for first-class competence in wires, cables, wiring systems and related products. Our innovative solutions are used in the global automotive industry as well as in key industrial sectors such as telecommunications, IT, health and energy.

As a global supplier of wires, optical fibers, cables and cable systems, we have been keeping pace with the developments of the last few decades as our world has become more densely networked. This has made us a sought-after partner and development supplier to leading international industrial companies. We work in close partnership with our customers and we also use our ideas and expertise to help them reduce their overall environmental impact. More than 82,000 highly qualified and motivated employees work together in 31 countries to maintain and expand our position as a global market leader. Everything we do is focused on understanding our customers’ requirements and delivering a tailored solution that precisely meets those needs. We were one of the world’s first cable manufacturers to develop a holistic sustainability concept for “green technology”. This concept underlines our clear commitment to environmental responsibility across the entire product and value chain.

Q. Will the Pune plant move towards total indigenisation?

Our focus surely will be on complete indigenisation but there are certain raw materials for which we have to necessarily depend on foreign imports. For example, copper ore has to be imported even though the processing is done in India.

Q. Your focus is on solar energy. What about wind energy equipment manufacturers?

We already have a strong presence in that segment too and we have been supplying fiber optic cables to several OEMs in the space of wind energy equipment. Our next target sector would be medical equipment.

Q. Could you provide the latest financial data for the company?

We generally release financial figures for the group as a whole and not specifically for individual regions. Leoni continued its growth trajectory in the second quarter of 2017 and thereby outperformed expectations. Consolidated sales rose by about 8% year on year to Euro 1.24 billion in the period from April to June (previous year: Euro 1.15 billion) and by more than 9% to Euro 2.44 billion in the first six months (previous year: Euro 2.24 billion). Leoni generated most of this growth from its own resources. It was based on the continued, good demand from the global automotive industry. The higher price of copper than in the previous year also exerted a beneficial effect.