Where is the future of Renewable Energy heading? 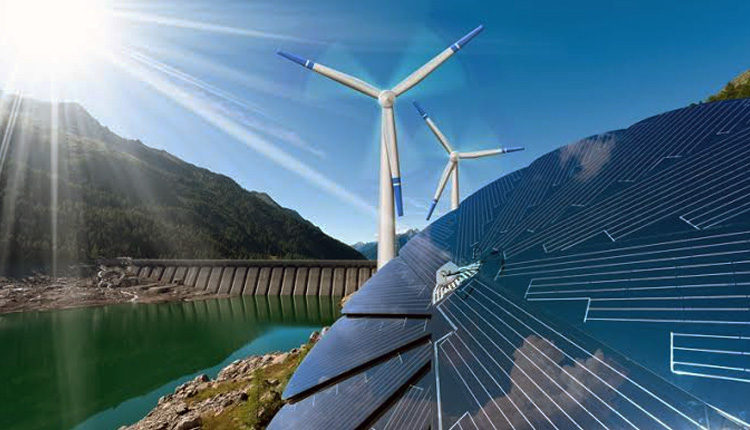 Even the most resolute fossil fuel companies know renewable technology is the future of the energy sector. For businesses and households that have already made the switch, the combination of cost savings and environmental friendliness means there’s no looking back.

How is renewable energy itself changing over time? What does the future of sustainable power generation look like, and how are our markets reinventing themselves? Here’s where this sector is headed in the near future.

The distance between the Earth and the sun varies throughout the year. The result is a slight variation — around 7% between Jan. 1 and July 3 — in how much solar radiation the planet receives. Likewise, the further you ascend through the Earth’s atmosphere, the more solar radiation you’ll get.

This is the concept behind orbital solar farms. It might sound like a strange idea, but China claims it has the technology to construct and use just such an apparatus by 2025. The concept could work like this:

Actually deploying something like this would be hugely expensive, but the concept delivers many advantages corresponding to shortcomings in existing solar technology. Orbiting solar farms could generate power around the clock, since they’re not beholden to shifting cloud patterns like groundside installations. They could also, at least theoretically, “beam” generated energy almost anywhere on Earth.

In 2017, a team of scientists and engineers completed a nearly 200-day drilling project on the Reykjanes Peninsula in Iceland. The result was an unprecedented three-mile shaft reaching down into the powerful yet dormant volcanic systems running throughout the peninsula.

The goal of the Iceland Deep Drilling Project (IDDP) was to determine the feasibility of harnessing volcanic geothermal energy on a large scale. Drilling stopped just short of the magma chamber. Instead, the tunnel terminates in the surrounding rock and provides access to the intense heat of “supercritical water.”

Supercritical water is far hotter than the steam used in typical geothermal installations. As a result, the researchers believe it could yield 10 times as much power as ordinary geothermal wells. According to the Geothermal Energy Association, we’ve harnessed only around 6 to 7% of Earth’s geothermal energy. Tapping into these sleeping giants could substantially raise that number.

In the future, it may be possible to capture larger amounts of energy from even deeper within the Earth. Scientists expect that once we perfect graphene and improve our drilling tools, we’ll be able to access an essentially limitless amount of energy thousands of kilometers beneath our feet.

Earth’s core registers temperatures around 11,000 F, putting it on par with the surface of the sun. Best of all, this intense and inexhaustible energy would be entirely pollution- and emission-free.

Hydroelectric plants (1,295 gigawatts) and wind farms (563 gigawatts) are the first and second most common sources of renewable energy. Solar panels come in third, with 486 gigawatts of installed capacity throughout the world.

If solar panels are the most-talked-about source of sustainable energy, it’s because they’re the most accessible sustainable energy technology for property owners. They do catch some justifiable criticism for being wasteful and resource-intensive to manufacture, however.

Quantum dot solar cells could change the market substantially and for the better. Instead of bulk materials like cadmium telluride, silicon or copper indium gallium selenide, future solar panels could use an emerging concept known as quantum dots.

Current photovoltaic materials appear in finite amounts around the Earth. Gathering them requires mining operations, infrastructure and plenty of operating capital. Some of them, including cadmium, pose a toxicity risk to employees and the environment.

Here are the advantages:

Solar panels get cheaper every year. Rethinking the materials we use to assemble them will bring the price down even further and unlock vast new opportunities for using them in the built environment.

What Does the Energy Market of the Future Look Like?

The Energy Independence and Security Act of 2007 requires biennial reports from the Department of Energy to Congress on smart electricity grid deployment. Public and investor-owned utility companies spent $144 billion on smart grid technology research and infrastructure development in 2016. By 2024, annual investments in the smart grid could top $13.8 billion.

Smart electricity grids are a priority for Congress, the DOE and energy investors. Why is this the future of energy delivery?

Smart grids fulfill the promise of distributed energy resources. According to the DOE, tomorrow’s energy grid will be defined by intelligent electronic devices, phasor measurement units, smart meters and other technologies. This tech will allow finer control over the network and a two-way exchange of data among utilities, generating sights and customers.

Tomorrow’s grid will be able to dynamically optimize the flow of energy to account for supply and demand. The proliferation of smart devices also means utilities can pinpoint outages quickly and respond precisely whenever problems arise.

Most importantly, smart grids recognize that electrical power can be generated almost anywhere and from a wider variety of sources than ever. They turn monolithic utilities into democratized energy markets in their own right, with participants able to purchase power from almost anyplace, as well as feed their own generated electricity back into the system.

Making Progress Toward a Renewable Future

Research confirms that adopting renewables isn’t happening at the same rate everywhere. It’s also clear that renewable energy policies, with respect to transportation, heating and cooling, are lagging behind the attention paid to electricity policy. More than half of the world’s energy is used for climate control — and most systems still run on fossil fuels. Transportation consumes one-third of the world’s energy, yet most vehicles run on conventional gas or diesel.

We are making progress, but the work continues. With the next-generation technologies mentioned here, sensible energy policies at the local and federal levels, and additional investments in smart grid technology, the future can be cleaner, healthier and more sustainable.