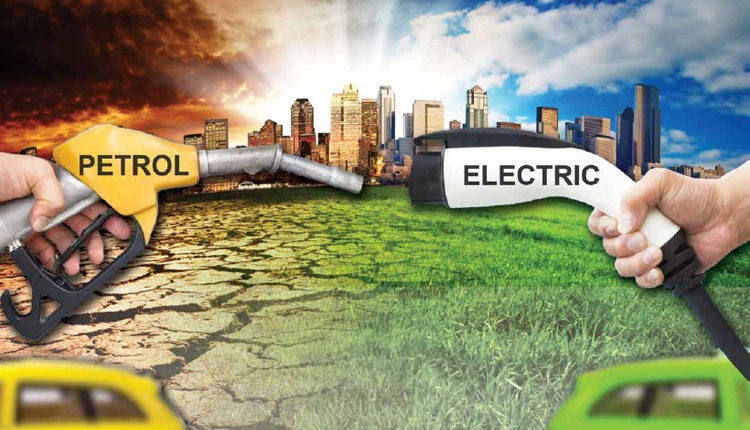 International interest in climate change, particularly its effects on the environment and more broadly on society, is probably at an all time high. The global community, with the conspicuous exception of the US under President Donald Trump, is increasingly acknowledging the shift that’s needed from a fossil fuel-driven economy to one that is clean, sustainable and makes an effort to mitigate climate change.

Let’s get one thing very clear and that is most drastic changes happen for two reasons. First, there has to be a significant benefit to the corporate world. Second, there remains no other option but to change. The concept of the electric vehicles (EV) has been in existence for decades but there was no incentive to manufacture them and the global warming was not at the level it is today.

One area where this shift is acutely required is transportation. In the US, more than 90 per cent of this sector depends on liquid fuels; the lion’s share of these fuels goes to passenger road transport. China uses a major part of its liquid fuels for transporting goods by road and both Australia and New Zealand use a fair amount for aviation. 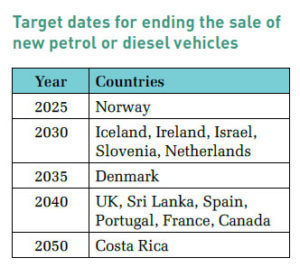 The UK government’s ‘Road to Zero’ strategy is an ambitious project. It has set a goal to become a world leader in zero emission vehicle technology, with targets for 50 per cent of new cars to be ultra low emission by 2030 and “effectively zero emission” by 2040. However, it has been criticised for cuts in subsidies, lack of charging points and unreasonable plans in a recent report by Parliament’s business select committee.

British MPs are now calling for a ban on sales of new petrol and diesel cars to be brought forward to 2032, eight years earlier than planned. The transition to an all-electric future will require sizeable investments in R&D, the acceleration of vehicle charging infrastructure and possible legislation for the installation of charge points in new homes. However, this transition to electric vehicles (EVs) is gaining momentum. While electric cars and trucks may account for a tiny percentage of vehicles on the road today (four million electric vehicles versus over one billion petrol and diesel cars), adoption is gaining momentum, fast. It took over two decades to sell the first million electric cars. Now, a million electric vehicles are sold in just four to five months.

British policy makers are moving fast, too. Oxford plans to introduce the world’s first ‘Zero Emission Zone’ soon in the city centre. In London, the ultralow emission zone will begin later this year, meaning drivers will have to pay more if they don’t drive an electric vehicle. Across the world EV sales have been driven by such incentives like instant vehicle registration.

Behavioural scientists in the UK believe that special green number plates for ultra-low emission cars could boost awareness further and increase the use of environmentally “clean” driving. Pilot projects have been launched successfully in countries like Norway, Canada and China on green vehicles which include electric and hydrogen cars, making them both distinct and visible to other road users.

An increasing number of countries, including Austria, Denmark, Japan, Korea, the Netherlands, Spain and Portugal have established goals for electric vehicle sales. By 2040, the UK and France aim to have all new cars to be electric vehicles producing zero emissions.

According to a recently released report by BP, global oil demand is expected to peak in the 2030s. This will be basically because of a 100-fold increase in sales of electric vehicles, capturing one-third of the passenger car market.

Primarily, two countries are leading the way when it comes to electric cars and hybrids which contain both internal combustion engine and an electric motor. Norway is one of the two, where more than half of the new cars sold in 2017 fell into these categories. The other is China, which leads the world in electric vehicle sales and whose market continues to grow. In 2017, more than 600 000 electric vehicles were sold,71 per cent higher than 2016 and sales continued to increase every month in 2017.

Includes bans that have been announced, proposed and put into law, and excludes countries with a target of only no full petrol or diesel vehicles (eg Japan) or a partial target (eg Mexico) Source: IAE/BBC Briefing – energy

Electric cars are going to be an important part of China’s “war against pollution”, and it has been aggressively adjusting its policies accordingly. For instance, by 2025, 20 per cent of cars sold in the country must be electric vehicles. Volkswagen has also joined hands with the government by announcing a $10 billion investment in China for developing relevant technology and intends to manufacture 1.5 million electric vehicles by 2025.

However, all said and done there remain hurdles for successful transformation from cars driven by fossil fuel to electric cars. One of the UK’s best-selling cars is the all-electric Tesla Model III. But its success doesn’t change the fact that only about 1.1 per cent of new cars sold in 2019 are electric, and that the market for used electric vehicles is hardly worth mentioning.

There are multiple challenges in the path of electric vehicles taking over the entire fleet of vehicles in any country. For instance, it takes most UK drivers anywhere between one and 15 years to change their vehicles, most buyers won’t be thinking of buying an electric model any time soon.

Small e-vans are already available and the choice on offer is only likely to increase. It is not possible at this point in time to compare prices for diesel and e-vans. However, it can be notably more expensive to lease an electric version of a popular van, than a diesel one. This is likely to mean that electric vans remain unaffordable for many small firms and self-employed delivery drivers for some time to come.

There are rapid developments in battery and charging technology, but this is causing deep uncertainty. Which among the various charging technologies will become the gold standard? This is particularly a problem for people living in apartment blocks, or houses without a private parking space. Should the car owners expect charging to be available at bollards or lamp posts along their street?

Perhaps in future home charging will not be as important as it is now. But the question is should drivers use facilities at petrol stations, their office or in empty supermarket car parks at night?

Other options which are being explored include induction pads embedded in major roads to charge cars as they drive over them. Even when a standard design for charging does emerge, the perennial question of who will pay for installing it remains. However, it is widely assumed that the private sector will build, operate and maintain charging infrastructure in the UK.

But corporate houses have long been slow to get involved, partly because profit margins remain small and government has heavily subsidised the development of charging points.

However, this is slowly changing: BP and Shell have taken over market leaders Chargemaster and Newmotion, and Tesla is actively rolling out its own charging network at motorway service stations.

Even 100 per cent electric vehicles are not a zero-carbon solution. They may not produce the usual exhaust pipe emissions, but even if all of a nation’s electricity was from renewable sources, there would still be a certain amount of environmental cost.

Sourcing the minerals used for batteries,dismantling batteries which have deteriorated, and building and delivering vehicles to customers worldwide all involve substantial CO2 emissions.It is impossible to break all of the links

All online: Webcasts, training and consulting