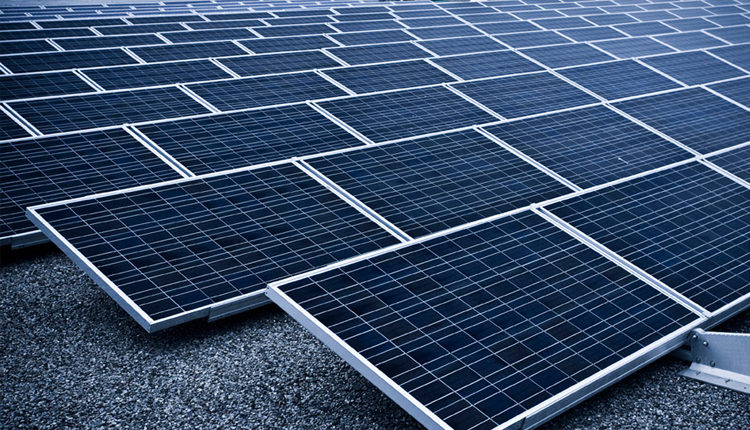 Quality assurance is of fundamental importance for solar panels. The failure-free operation of the panels is a prerequisite for efficient power generation, long life, and a high return on the investment. To ensure this failure free operation a fast, simple and reliable method to evaluate a solar panel’s performance is required, both during the production process and after the panel has been installed.

The use of thermal imaging cameras for solar panel evaluation offers several advantages. Anomalies can clearly be seen on a crisp thermal image and – unlike most other methods – thermal cameras can be used to scan installed solar panels during normal operation. Finally, thermal cameras also allow to scan large areas within a short time frame 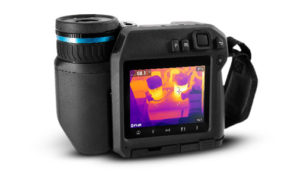 In the field of research and development (R&D) thermal imaging cameras are already an established tool for the evaluation of solar cells and panels. For these sophisticated measurements, usually high performance cameras with cooled detectors are used under controlled laboratory conditions.

However, the use of thermal imaging cameras for solar panel evaluation is not restricted to the field of research. Uncooled thermal imaging cameras are currently being used more and more for solar panel quality controls before installation and regular predictive maintenance checkups after the panel has been installed. Because these affordable cameras are handheld and lightweight, they allow a very flexible use in the field. With a thermal imaging camera, potential problem areas can be detected and repaired before actual problems or failures occur. But not every thermal imaging camera is suited for solar cell inspection, and there are some rules and guidelines that need to be followed in order to perform efficient inspections and to ensure that you draw correct conclusions. The examples in this article are based on photovoltaic modules with crystalline solar cells; however, the rules and guidelines are also applicable to the thermographic inspection of thin-film modules, as the basic concepts of thermography are the same.

Procedures for inspecting solar panels with thermal imaging cameras
During the development and production process, solar cells are triggered either electrically or by the use of flash lamps. This ensures that there is sufficient thermal contrast for accurate thermographic measurements. This method cannot be applied when testing solar panels in the field, however, so the operator must ensure that there is a sufficient energy input by the sun.

What type of camera do you need?
Handheld thermal imaging cameras for predictive maintenance inspections typically have an uncooled microbolometer detector sensitive in the 8–14 ?m waveband. However, glass is not transparent in this region. When solar cells are inspected from the front, a thermal imaging camera sees the heat distribution on the glass surface but only indirectly the heat distribution in the underlying cells.

Positioning the camera: Take into account reflections and emissivity
Even though glass has an emissivity of 0.85–0.90 in the 8–14 ?m waveband, thermal measurements on glass surfaces are not easy to do. Glass reflections are specular, which means that surrounding objects with different temperatures can be seen clearly in the thermal image. In the worst case, this results in misinterpretations (false “hotspots”) and measurement errors.

In order to avoid reflection of the thermal imaging camera and the operator in the glass, it should not be positioned perpendicularly to the module being inspected. However, emissivity is at its highest when the camera is perpendicular, and decreases with an increasing angle. A viewing angle of 5–60° is a good compromise (where 0° is perpendicular).

Long distance observations
It is not always easy to achieve a suitable viewing angle during the measurement set-up. Using a tripod can provide a solution in most cases. In more difficult conditions it might be necessary to use mobile working platforms or even to fly over the solar cells with a helicopter. In these cases, the longer distance from the target can be advantageous, since a larger area can be seen in one pass. To ensure the quality of the thermal image, a thermal imaging camera with an image resolution of at least 320 × 240 pixels, preferably 640 × 480 pixels, should be used for these longer distances.

Looking at it from a different perspective
In most cases installed photovoltaic modules can also be inspected with a thermal imaging camera from the rear of a module. This method minimizes interfering reflections from the sun and the clouds. In addition, the temperatures obtained at the back may be higher, as the cell is being measured directly and not through the glass surface.

Ambient and measurement conditions
When undertaking thermographic inspections, the sky should be clear since clouds reduce solar irradiance and also produce interference through reflections. Informative images can, however, be obtained even with an overcast sky, provided that the thermal imaging camera used is sufficiently sensitive. Calm conditions are desirable, since any airflow on the surface of the solar module will cause convective cooling and thus will reduce the thermal gradient. The cooler the air temperature, the higher the potential thermal contrast.

Performing thermographic inspections in the early morning is an option. Another way to enhance thermal contrast is to disconnect the cells from a load, to prevent the flow of current, which allows heating to occur through solar irradiance alone. A load is then connected, and the cells are observed in the heating phase. Under normal circumstances, however, the system should be inspected under standard operating conditions, namely under load. Depending on the type of cell and the kind of fault or failure, measurements under no-load or short-circuit conditions can provide additional information.

Typical measurement errors are caused by:

What can you see in the thermal image
If parts of the solar panel are hotter than others, the warm areas will show up clearly in the thermal image. Depending on the shape and location, these hot spots and areas can indicate several different faults. If an entire module is warmer than usual that might indicate interconnection problems. If individual cells or strings of cells are showing up as a hot spot or a warmer ‘patchwork pattern’, the cause can usually be found either in defective bypass diodes, in internal short-circuits, or in a cell mismatch.

These red spots indicate modules that are consistently hotter than the rest, indicating faulty connections.

This hot spot within one solar cell indicates physical damage within the cell.

This thermal image shows an example of the so-called ‘patchwork pattern’, which indicates that this panel has a defective bypass diode.

Shadowing and cracks in cells show up as hot spots or polygonal patches in the thermal image. The temperature rise of a cell or of part of a cell indicates a defective cell or shadowing. Thermal images obtained under load, no-load, and shortcircuit conditions should be compared. A comparison of thermal images of the front and rear faces of the module can also give valuable information. Of course, for correct identification of the failure, modules showing anomalies must also be tested electrically and inspected visually.

Conclusions
The thermographic inspection of photovoltaic systems allows the fast localization of potential defects at the cell and module level as well as the detection of possible electrical interconnection problems. The inspections are carried out under normal operating conditions and do not require a system shut down.

For correct and informative thermal images, certain conditions and measurement procedures should be observed:

Thermal imaging cameras are primarily used to locate defects. Classification and assessment of the anomalies detected require a sound understanding of solar technology, knowledge of the system inspected, and additional electrical measurements. Proper documentation is, of course, a must, and should contain all inspection conditions, additional measurements, and other relevant information.

Inspections with a thermal imaging camera – starting with the quality control in the installation phase, followed by regular checkups – facilitate complete and simple system condition monitoring. This will help to maintain the solar panels’ functionality and to extend their lifetime. Using thermal imaging cameras for solar panel inspections will therefore drastically improve the operating company’s return on investment.