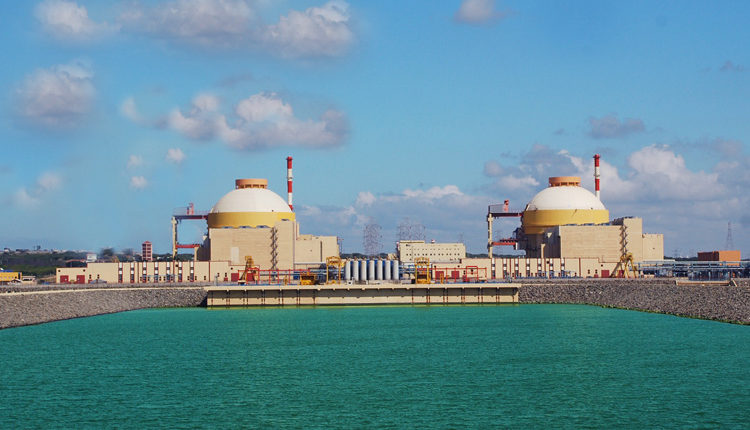 TVEL Fuel Company of Rosatom and Nuclear Power Corporation of India Limited (NPCIL) have signed a supplement agreement to the fuel supply contract, aimed at the implementation of a comprehensive engineering project, including introduction of the new TVS-2M nuclear fuel and elongation of the fuel cycle from 12 to 18 months for both operating VVER-1000 reactors of Kudankulam NPP.

Compared to the UTVS fuel model, which is currently supplied to Kudankulam NPP, TVS-2M fuel assemblies have a number of advantages making them more reliable and cost-effective. First, it is the rigidity of a bundle: because of the welded frame, the fuel assemblies in the reactor core retain their geometry, the spacer grids protect fuel rod cladding from fretting wear (preventing from depressurization), and the additional spacer grid makes fuel assemblies more vibration-resistant. Secondly, the new fuel has increased uranium capacity – one TVS-2M assembly contains 7.6% more fuel material as compared to UTVS.

“Everything that we offer to our Indian partners is focused on obtaining economic benefits from nuclear power units operation. The efficiency is achieved due to the increased uranium content in a fuel bundle, reducing the amount of spent nuclear fuel and increasing duration of the fuel campaign from three to four and a half years,” commented Natalia Nikipelova, President of TVEL JSC.

Earlier, TVEL Fuel Company successfully implemented similar projects of replacement UTVS with TVS-2M fuel and an extension of the fuel cycle from 12 to 18 months at Tianwan NPP in China, says a press release.