From motor control to system monitoring: At The Interface to Success 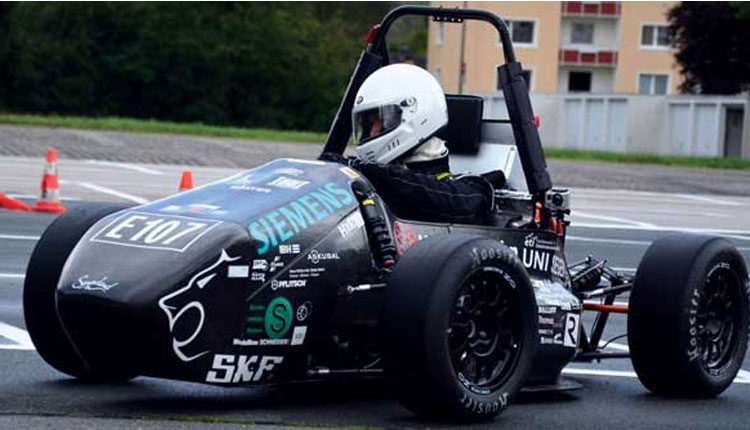 Perfectly tuned power transmission is one of the key factors in modern day racing sports. When developing a new electric racing car, a racing team at the university of Siegen, Germany, opted for a CanOpen master interface from Hilscher in order to connect the various sensors of the vehicle to the engine control system.

The Formula student is an international car racing competition where student teams compete with self-developed vehicles. In this competition, the success of a team does not solely depend on the performance of the vehicle itself, but also on criteria, such as engineering, marketability and production costs.

The Speeding Scientists Siegen is one of these racing teams. After successful participation with conventional vehicles during the 2009 and 2010 race season, the team for the first time developed an electrically power car to participate in the Formula Student Electric for the 2011 season. System automation specialist Hilscher from Hattersheim, Germany, accompanied the team during the development of the racing car and contributed vital interface cards for its electronic control system.

One vital factor for the ability of a racing car to transfer the energy of its engine to the street is an efficient drive control system. However, such a system depends on comprehensive information, which is provided by numerous sensors and transferred to the engine control system in a form ready for processing. For this purpose, the racing car Se-12e designed by the Speeding Scientists Siegen features an engine control system communicating with a high-performance sensor control system. Primary function of the sensor control system is to receive the analogue information provided by the various sensors of the vehicle and transform it real-time in a digital format. This includes the exclusion of illogical values as well as the detection of defective sensors. Data communication between the sensor system and the engine control system takes place via the CAN bus (version 2.0A in layer 2 mode) which is the standard data bus in the automotive field. 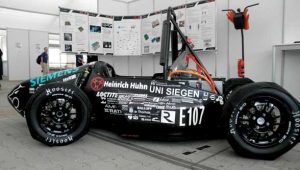 A suitable interface card was required to transmit the telegrams of the sensor system via the CAN bus to the engine control system. Hilscher provided the team with its CIFX 104 CanOpen Master Interface. It comes in the form factor of an interface card and is available with a variety of interfaces. The CANopen module of this card is able to also process layer 2 communication. One special advantage of the interface card for the race car S3-12e developed by the Speeding Scientists Siegen was the fact that its drivers allowed seamless integration into the data stream into the engine control software running on a standard industry PC. Additional advantages were the highly robust design of the interface card as well as its high resistance against electromagnetic interferences. After all, the car was based upon a low-weight design, which required to exchange the standard metal enclosure of the interface card by an especially designed ultra low weight enclosure made of carbon fiber. 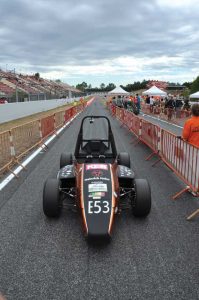 Thanks to the CIFX 104 CanOpen Master Interface, the racing team was not only able to realize seamless interaction between the sensor system and the drive control system of its race car. The cooperation between Hilscher and the Speeding Scientists Siegen proved to be equally successful. At the Formula Student Germany 2011, which took place at the Hockenheim race track in Germany, the team was able to reach a 17’th position. The team used the test runs for further optimization of the vehicle. As a result, the S3-12e was able to reach the 4th position at the Formula student Spain which took place at the Circuit de Catalunya in Barcelona. This was the best position the Speeding Scientists Siegen had ever reached since their participation in the Formula Student.

After all, success is usually the result of experts getting together and the right people forming a team.

Siemens India has a clear road map for digitalization