LAPP is simplifying and unifying its global brand identity 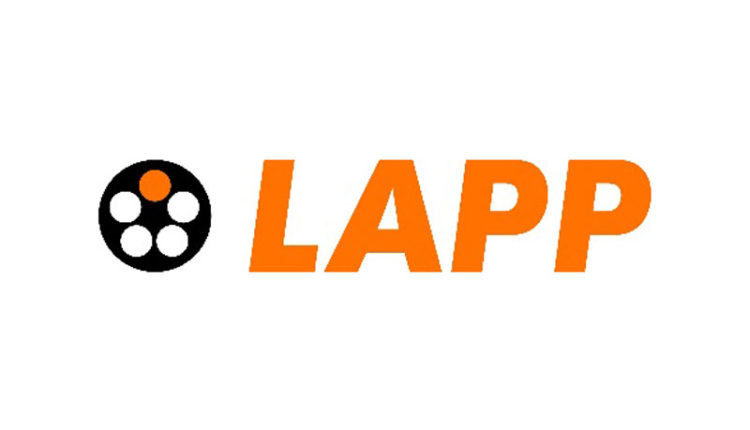 One company, one name – worldwide

26 April 2018: LAPP, experts in connection technology, has unified itself to one brand. By using the name LAPP in uniformity, the family company is underlining its international alignment and positioning themselves as world leader in connection technology. In future, national subsidiaries and departments will all operate under the name LAPP – one name and one logo for the company across the world, offering its customers the same outstanding service at all times, wherever they are. The new brand identity was on display for the first time at the Hanover Trade Fair this year. Hereafter, the family name will represent the company’s fundamental values – focus on success, customers, innovation and family.

The new branding is LAPP’s response to the fact that what was originally a cable manufacturer has developed into a provider of connection solutions. Name affixes such as “Kabel”, “Cable” or “Cablo”, which have been used in many countries since the company was founded in 1959, will disappear. In recent years, LAPP has successfully developed into a provider of integrated solutions and branded products for numerous industries and applications; as evidenced by the positive results for the past financial year which saw a 13.9 per cent increase of global turnover. “Now is the right time to have a uniform name worldwide and a unified logo to link everything together,” explains Chairman Andreas Lapp. Customers and their needs were at the heart of the decision. “These days it is no longer so important in which country our customers buy our products and where they are delivered to – we’ve been working as an international team for a long time. It is a logical progression for our external identity to reflect that. And what’s more: that is exactly what our customers expect”, Andreas Lapp continues.

The change is a rational step in the company’s development but is also a joint decision by the Lapp family – LAPP is still LAPP. This was shown by the change of generations that occurred in 2017, when Matthias Lapp, a member of the third generation of the founding Lapp family, took over the role of CEO for Europe, Africa, the Middle East and South America.

About LAPP in India

LAPP in India is a 100% subsidiary of the LAPP Group. Having started its operations in 1996, LAPP in India provides about 150,000 km per year of power, control, instrumentation and data cables along with connectors, accessories and End-to-End Systems to over 6000 customers pan India. Our customers are spread across different industry segments such as automation, textile, automotive, machine tools, oil and gas, renewable energy, process industries, as well as in the infrastructure and building sectors.

In 2012, LAPP in India completed phase one of its second manufacturing plant in Pilukedi, Bhopal which produces more than 216,000 kms of single core cables per annum, catering mainly to the Building Cable Segment. The production area at Jigani was also doubled in 2014 and a new multi core line was commissioned in Bhopal with a total investment of over 5 Million Euros.

LAPP brands – ÖLFLEX®, UNITRONIC®, ETHERLINE®, HITRONIC®, EPIC®, SKINTOP®, SILVYN®, FLEXIMARK® – are some of the best-known in the cable technology field and have earned an outstanding reputation as premium products. All over the world, they stand for the values which LAPP and their customers consider paramount: quality, precision and reliability.

Headquartered in Stuttgart, Germany, LAPP is a leading supplier of integrated solutions and branded products in the field of cable and connection technology. The company’s portfolio includes standard and highly flexible cables, industrial connectors and cable entry systems, customized system solutions, automation technology and robotics solutions for the intelligent factory of the future, as well as technical accessories. LAPP’s core market is in the industrial machinery and plant engineering sector. Other key markets are in the food industry as well as the energy and the mobility sector.

LAPP has remained in continuous family ownership since it was founded in 1959. In the 2016/17 business year, it generated consolidated revenue of 1,027 million euros. LAPP currently employs approximately 3,770 people across the world, has 17 production sites and around 40 sales companies. It also works in cooperation with around 100 foreign representatives.