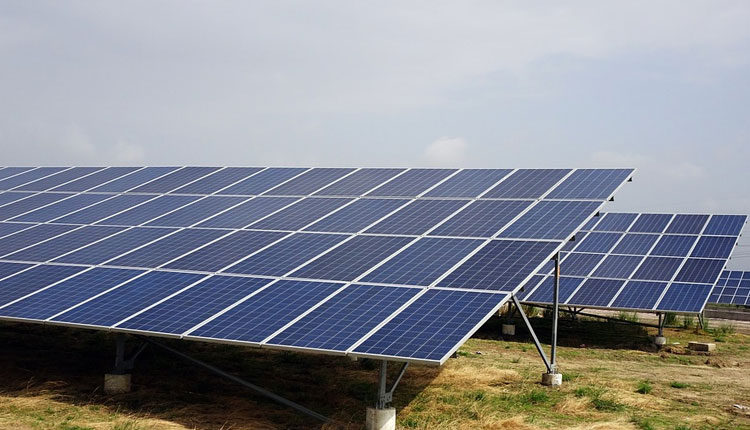 India has the fifth-highest renewable capacity in the world, with potential power resources of 118GW. The national government is targeting a capacity of 500GW by 2030, and with investment in the country’s renewables sector reaching $20bn last year, there is every chance that India could develop into a renewable energy powerhouse.

Blessed with ample sunlight and over 8,000km of coastline, there is significant potential for new renewable projects in the country; JP Casey profiles five of the most promising start-ups that could lead India’s small-scale renewable revolution.

India’s largest renewable energy producer, ReNew generates around 5GW through more than 100 wind and solar plants, covering roughly 1% of the country’s total electricity needs. Founded in 2011 with a relatively low sum of $60m in funding, in eight years the company has constructed facilities in 20 Indian states, and manages both utility-scale wind and solar plants.

It also has a rooftop solar scheme where consumers can pay for a solar installation once the panels have started to generate electricity. This latter programme has helped open up the rooftop solar market to customers who may lack the funds to purchase their own panels outright.

The company also shows no signs of slowing down, having raised $300m in additional funding from backers such as Goldman Sachs by the end of June this year, pushing its valuation to more than $1bn according to CB Insights. ReNew plans to nearly double its power capacity to 8GW, with new projects currently under construction.

The company, with its financial successes and wide-ranging solutions, has been held up as an example of the potential for Indian renewable start-ups to rapidly develop and reach utility-scale production.

A second start-up whose business is based on solar power is ZTRIC; while the company operates on a smaller scale than ReNew, it aims to use AI to support its solar installation projects to optimise energy production for a range of customers.

The company, founded in 2016, offers three models of solar ownership, ranging from individual panels for customers to purchase to 20-year power purchase agreements designed for industrial applications, as it attempts to introduce distributed solar power to both people and companies across India.

ZTRIC has also invested heavily in smart technology, offering a range of services for customers that take advantage of artificial intelligence to improve the performance of their panels.

Individual customers can use an app and an online portal to monitor the effectiveness of their panels, and this information is fed into what the company calls an “energy intelligence platform”, a system of energy management tailored for individual consumers.

This platform also enables the company to predict mechanical and hardware problems ahead of time so they can be fixed promptly, further optimising customers’ solutions.

A similarly technology-driven company, Quenext uses AI solutions to optimise the energy usage of agricultural companies, helping them save money and reduce their environmental footprint.

Since its founding in 2015, the company has developed a number of solutions, including software to optimise a company’s buying and selling and predict and alert human managers of potential environmental hazards ahead of time, which it claims has been largely effective.

For example,the solutions have been in place at the Uttarakhand Power Corporation, and have saved the distributor around $30m by optimising operations.

The firm is taking advantage of a small explosion in technology start-ups in India, with the total funding received by new tech companies ballooning from $4.3bn in 2016 to $10.5bn in 2018, the most in the country’s history.

In this climate, and with technological services becoming more widely available, such as the decades of satellite data Quenext uses to track the movement of goods and make many of its predictions, the agri-tech firm could be set for significant growth.

Founded in 2013, ArSta Eco has developed a biomass facility, which opened in 2015 with a production capacity of one ton per hour. The company aims to capitalise on the 500 million tonnes of agricultural waste produced annually in India, and turn this waste into a product that can be used to further develop the country’s farming sector, which was responsible for close to 16% of all gross value added to the Indian economy between 2018 and 2019, according to the Statistics Times.

ArSta also produces biochar, a charcoal-enriched compound thatcan also be used in agricultural work, and the company claims that the use of the compound can reduce water usage at farms by up to 70%.

The firm also offers consultancy services for other companies interested in installing solar and biomass power generation facilities at their operations; as a result, ArSta is involved in both clean power generation and the reduction of waste and optimisation of existing industrial processes, and could have a significant impact on the environmental performance of Indian industry across its services.

The company’s work has been recognised by the Global Cleantech Innovation Programme, a project backed by the UN and Global Environment Facility to encourage low-carbon industrial growth in seven countries, including India.

The company has worked closely with a number of government organisations, including the country’s ministry of new and renewable energy and the directorate general of supplies and disposals, reflecting the shifting attitudes towards renewables in the country, with branches of government now eager to work closely with clean energy start-ups.

However, the firm has struggled to attract the financial backing of other solar providers such as ReNew, and as such has ended up striking partnerships with companies with dubious environmental credentials.

Enertia works with the Indian Oil Corporation, the country’s state-owned oil and gas company, which has converted over 6,000 of its power stations to operate on solar power. While this shift will improve the company’s environmental performance in the short term, and reflects Enertia’s ability to grow quickly, it serves as a reminder of the dominance of traditional fuel sources in India, and the precarious nature of renewable power in the country.

ExxonMobil to collaborate with Indian universities on biofuel research