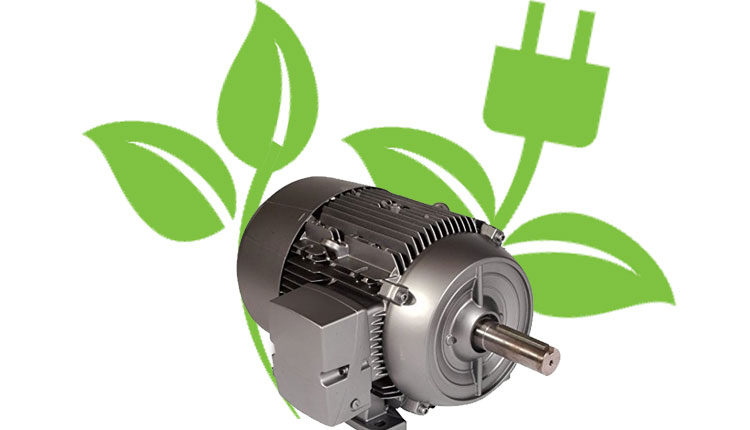 When you opt for an energy efficient motor with every change in the level of efficiency, there is a certain extra amount one has to pay. But this extra cost is easily recovered in a few months depending upon the working hours and usage of the motor. Payback is possible anywhere between 2 months and 1 year depending on the number of hours of operation.

In times of industry recession such as now, every penny saved becomes a wise investment for the future. If the savings are in the form of electrical energy, it makes even practical sense for companies. It suffices to say that motors consume more than 70% of the electricity used in industries. Even in the agricultural and commercial sectors, the electricity consumption by motors is substantial. Modern motors used for various industrial purposes do seem to have relatively high efficiencies. However, new energy efficient designs have evolved to reduce the losses and improve the efficiency significantly especially in terms of electricity bills.

What’s wrong with your standard motor?
Motors convert electrical energy to mechanical work. Some energy is invariably lost during this process. These losses are grouped as constant losses and variable (load dependent) losses. Load dependent losses are mainly due to electrical resistance of the windings. With load cycles typical of an industrial or commercial application, the first cost of a motor may represent only one percent or two percent of the full cost of ownership. The electricity used to run the motor can cost you 20 to 40 times the purchase price each year. Since motors consume more than 70% of the electricity in industries (especially motors which by volume fall in the range of .75 kW – 15 kW (1-20hp) collectively, their energy consumption is so high that even a small improvement in the efficiency of these motors can result in substantial savings of units of energy in the long run.

Why energy efficient motors?
Using Energy Efficient Motors (EE Motors) makes immense practical sense in your business. EE Motors incorporate the latest developments in design and materials technology. At first glance, switching over to an energy efficient motor may not look like much of a bargain. But it could help an organization save a lot of money in the long run.

Here’s how:
Assuming a work load of 6000 hours a year, energy savings will repay the initial cost difference for the energy efficient motor in less than six months’ time. In 10 years, these energy savings can actually be more than three hundred to four hundred times the first cost of the motor (and of course, increased power costs in the future will yield even more dramatic results).

The basic reason is 12R- the law of physics that says all electrical conductors waste energy in the form of heat. Copper-wound premium-efficiency motors waste less than standard motors. So less energy is needed to do the same amount of work. Further, most motors operate on partial loads of 50-75% during most of their life cycle. EE motors score over standard more in this respect as they operate at same efficiency at 50-100% unlike standard motors which have reduced efficiency at 50% to 75%. Put these advantages together, they mean lower electricity bills, annual energy savings dividends, lower life cycle costs, less downtime and more profit for the company.

Thus, though the initial cost of these motors may be slightly higher than that of standard motors, this extra cost is quickly offset by the savings in electricity bills due to their superior efficiency. Switching to high energy efficient motors can save on running costs which can be as high as 40% during its operation life. The excellent payback period itself is encouragement enough to go in for EE motors considering that two years is the normal paybak period for any good industrial investment.

Benefits to industry users
When you opt for an energy efficient motor with every change in the level of efficiency, there is a certain extra amount one has to pay. But this exta cost is easily recovered in a few months depending upon the working hours & usage of the motor. Payback is possible anywhere between 2 months and 1 year depending on the number of hours of operation. However, in order to obtain maximum cost savings, Energy Efficient Motors (eff 1) should be specified at the initial design stage of any new project/expansion of existing manufacturing set-up. It is clear that it pays. So you must insist on EE Motors (eff 1) alone. The slight initial premium in these motors over the cost of standard motors is easily recovered within a few months. This translates into higher profits for the organization and a better investment choice in the long run.

High growth in the T&M equipment market in India

In Pursuit Of The World’s Sixth Sense